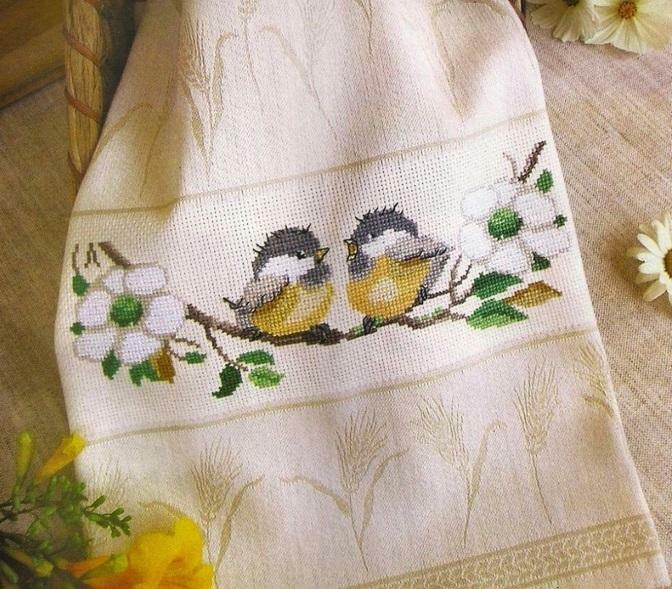 Give your towels individuality with the help of cross stitching Towels are a very important element of filling an apartment. Despite the fact that they are functional, they are also an ornament of the interior. If you are the owner of the most ordinary towels, you can improve them yourself by embroidering patterns with a cross.

Embroidery with a cross of towel towels

Towels are towels that are not only practical, but also sacred. They should be beautiful and quality.

Most often, towels are embroidered on natural fabrics, cotton or linen. Towel could give a woman his man, going on a long journey. The young man wore this amulet behind his belt and, wiping himself after washing, recalled his beloved.

Embroidering towels is not easy, sacred symbols in the pattern are usually branched and have many elements. To make this towel effective, it must be embroidered in the right order, namely in three layers. 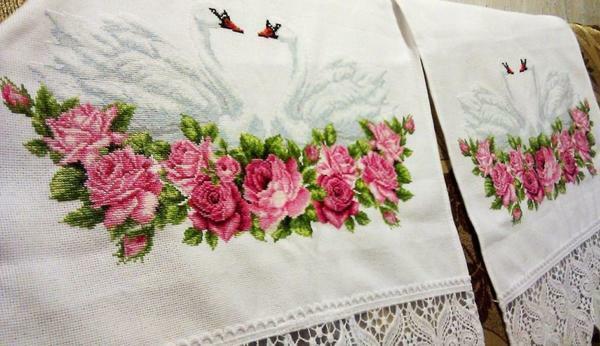 Embroidery of wedding towels with a cross had a special power. The grapevine denoted the fertility and well-being of the couple. The tangled hops bound young people to each other forever. Lilies gave the woman the attractiveness and eternal love of her husband. Women wishing to become pregnant and safely endure the child were to embroider on the towel a diamond with a dot in the middle.

Proper embroidering of a cross in such works is also of particular importance. First, the diagonal of a woman is sewn, she is positioned to the right side, and then the man's, she looks to the left. The cross denotes the strength and unity of the four elements, as well as the interaction of the female and the masculine.

Embroidery with cross-stitch has always had great strength, rather than smooth. Therefore, such works were valued more.

Beautiful cross stitch on a towel for the kitchen

Towels for the kitchen should also be beautiful and neat. Such a gift will please any hostess.

You can embroider simple schematic patterns on waffle towels, but for more complex works, a water-soluble canvas is better. Cells of waffle fabric are quite large and therefore gentle flowers or portraits to embroider on them will be difficult. For such materials, the Bulgarian cross is the best. It takes up more space and looks very unusual. 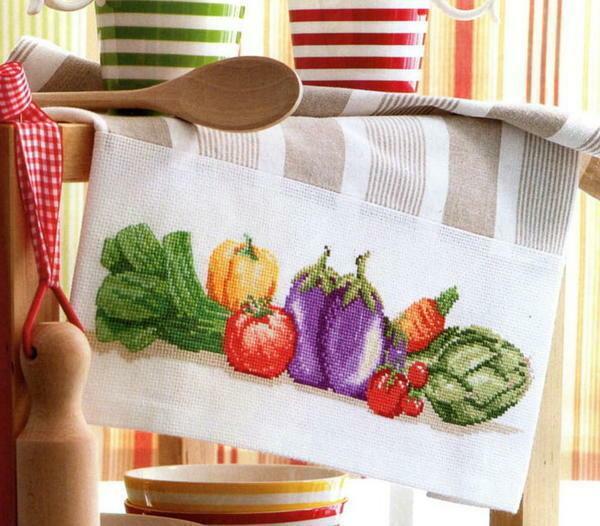 . To embroider a Bulgarian cross, first place a normal cross on the fabric and then place a positive on it.

For volumetric work schemes are always necessary. Beginning masters can not do without them, but more experienced embroiderers can decorate a towel, relying only on their own imagination.

When selecting a scheme for a kitchen towel, remember that it should not lose its functional properties.

Bath towel can also be decorated with cross-stitch. Free you can find a lot of schemes here. You can also order ready-made set via the Internet. 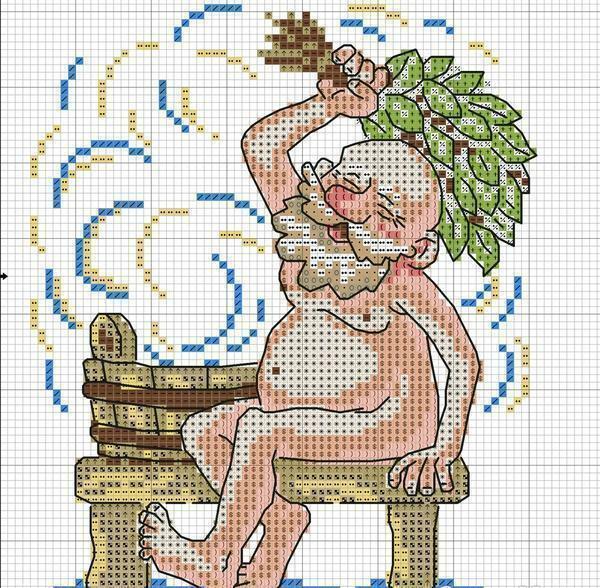 Hotels, saunas and beauty salons often order towels with embroidery of their own emblem. Such products look very noble and speak about the status of the company.

You can not embroider patterns across the entire plane of the towel, otherwise it will be inconvenient to wipe them off. But, decorated with embroidery fabric will not leave indifferent any connoisseur of beauty.

Diagrams of embroidered cross-stitching of

Towels for hands and face can be decorated with embroidery. Like other towels, these are only embroidered on the edge.

For such patterns, you can use a regular or water-soluble canvas. In the first case, a strip of canvas is sewn to the fabric, and the pattern itself is sewn in the second.

How to decorate a face towel:

A good idea for a birthday present will be a personal towel. To make such a thing you need to familiarize yourself with the rule of embroidery of fonts.

Embroidering lessons with a cross of a towel( video)

Towels embroidered with a cross look beautiful and unusual. Decorate them in this way, and you will become the owner of an exclusive gizmo. 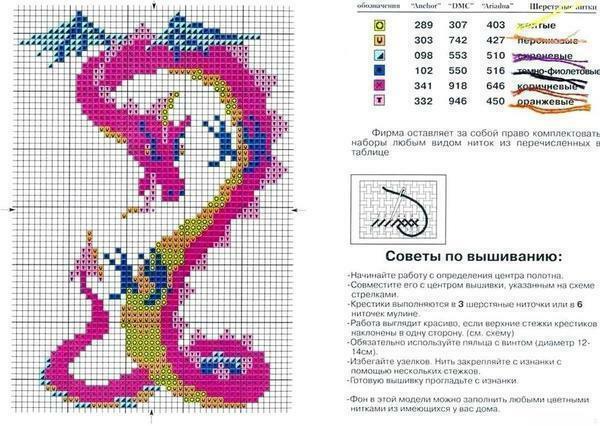 Embroidered cross-stitch patterns on the cell pictures: small and light, for beginners and children, 50 to 50 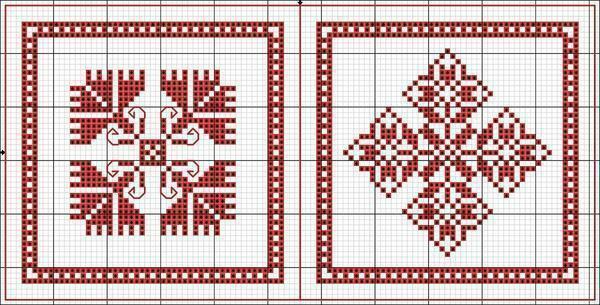