Latch for balcony PVC door: plastic and magnetic, how to install the lock and lock yourself 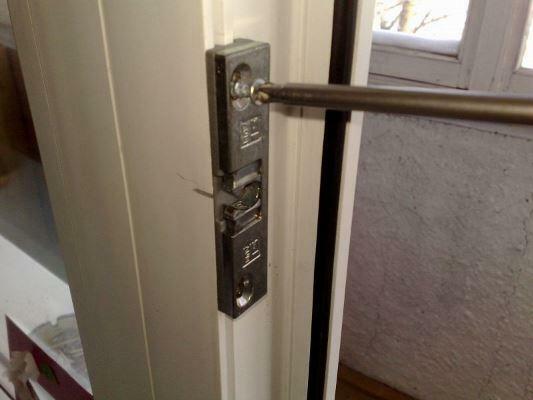 To make the balcony door more reliable and convenient it is possible with the help of a special latch for PVC doors As in everything good and beautiful there are always drawbacks, so the balcony plastic door has its minus. She often comes to us from the factory without a latch. Any gust of wind or mechanical impact can open it any minute. And this is not good. Especially where there are small children in the house. Having arranged to play in a room on the floor, they will catch cold, and the next day they will have, at least, a cold. Yes, and in apartments where there are smokers who go out from time to time on the balcony, there is a risk of falling into the room of smoke due to the door is not securely closed. What to do to avoid such situations?How to close the balcony door?

Latch on the plastic balcony door: whatIt can be

Agree that any door that does not click is not a door, but an element of decor that does not bring useful functions. The door must protect against cold, noise, or foreign smells. Not to mention the front door, which is also required to prevent unwanted entry into the premises of strangers. But we'll talk about this some other time. Let's return to the latches.

The latch on the plastic balcony door is designed to provide the doors with a tight fix in the closed state. In addition, the latch should be freely adjustable, and keep the door closed when it needs to be opened.

All kinds of latches look different, and in various ways provide their basic functions. There are latches, equipped with additional elements that provide other functions. 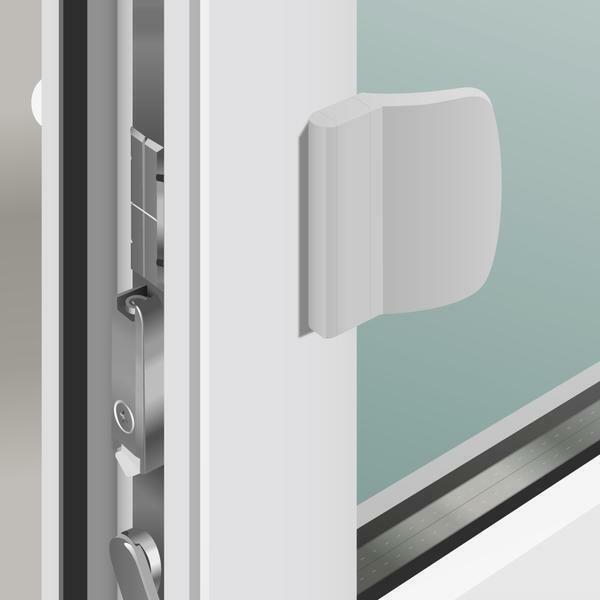 There is still such a variety of ways to close balcony doors like "The Handle of a Smoker".With her help, the person stepping out onto the balcony can close the balcony door tightly behind him so that the smoke does not get into the room.

The simplest and most reliable way is the magnetic latch for the plastic door. This type of latches have been used for a long time. It is the most simple in operation and reliably fulfills its functions.

The magnetic latch on the balcony door consists of two plates that are magnetized. When in contact, these plates adhere to each other, and tightly hold the door closed. 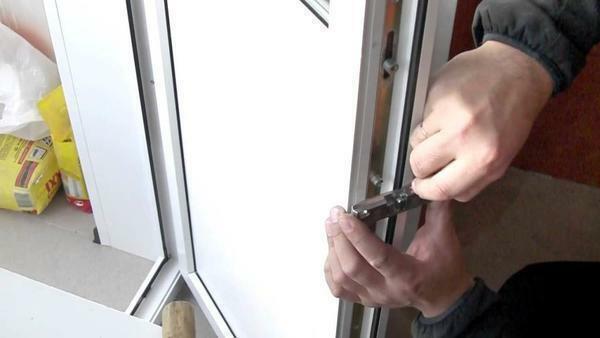 The advantage of a magnetic latch is that it is easy to install, which even a novice

can do even fine. Such a latch is so easy to install that even a novice master can equip it on its balcony door.

Positive qualities of the magnetic latch for the door:

Install the magnetic latch on the balcony PVC door very easily. With screws of 3-3.5 cm, screw one part of the latch at the handle level, then install the lock cylinder, and install the second platinum on the jamb in the place where the cylinder will enter. Do this gradually, checking to see if the latch prevents the door from opening freely. If you prefer only magnetic latches, but you see that one latch with its functions is weak, then you need to install one more. Then the door will hold firmer.

The principle of mechanical latches is that the lock comes in a groove fit to the size, and thus keeps the door closed. Mechanical latches are roller and reed. Roller latch is equipped with a special spring roller, which is pressed and again becomes in place with the help of a spring. The reed mechanism should be set in motion by means of a handle.

The roller-type balcony latch is the second most popular after magnetic latches. It also performs its functions qualitatively and does not require hands to move it.

The effect of this latch is that the roller, which is attached to the mechanism on the door, with the help of an extruded spring, enters the groove located on the jamb. When the door opens, or closes, the sloping recesses of the groove help push the roller into the mechanism. 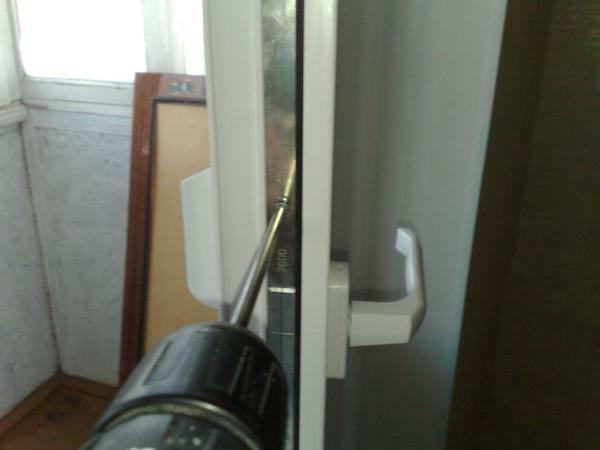 Installing the roller latch is a little more difficult, since the mechanism itself will need to be built into the door plane

From mechanical types of latches, the roller takes the leading position. This is due to the ease of operation of the mechanism and the ease of its installation in the door of PVC.Do not be afraid that you can not put such a latch yourself. The instruction, which is attached to all high-quality goods, will help you to do everything right.

Sliding latch for the balcony door: features of the

mechanism. If you need to have a lock on the inside of the balcony, with which you can lock the door, then your option is a tongue latch. Currently, there are many options for mechanisms with locks of various types. They are designed to provide the performance of their functions with handles with latches in a variety of options.

The latch of the balcony door with a lock allows you to equip the door with many functions simultaneously.

In addition, many finished PVC doors already come complete with such handles - latches. Installed correctly in the right place, these latches will ensure the safety and reliable operation of the structure. 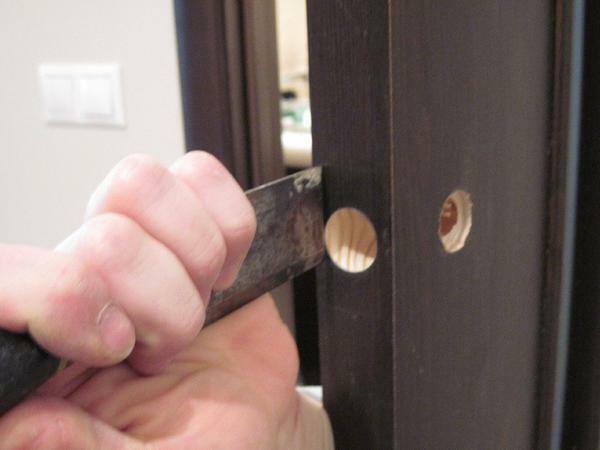 Features of the mechanical built-in latch with a lock:

Some mechanisms provide for fixing the tab in the lock. In this case, the door will open silently, and keep it magnets.

Malfunctions of latch for balcony PVC door to their removal

To install the latch for the balcony door, special knowledge is not needed. You need to have at hand only the right set of tools and materials. But often it happens that the latches fail or the door is skewed, and the device no longer works.

Latches for balcony PVC doors can be repaired, and even need their own hands.

This failure is not so difficult to resort to the help of specialists, and to pay money for it. 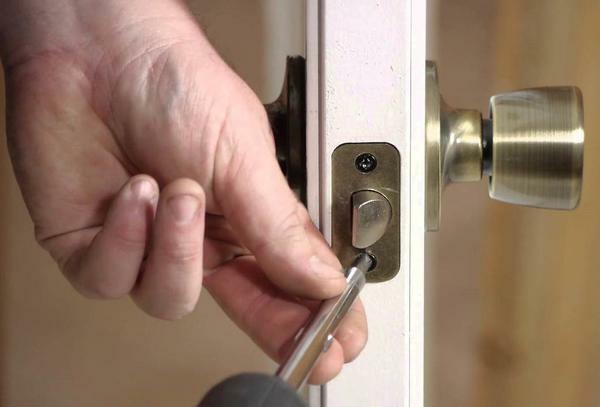 How to repair the latch:

Assemble the structure in reverse order and lock it.

Installing the magnetic latch on the balcony door( video)

A properly equipped PVC door will not only be a reliable helper for you in the house, but also an advocate for trouble, or even trouble. When the house has small children, the functions that ensure the safety of everything, including the balcony, will not be superfluous. And one more thing - do not install locking mechanisms outside the balcony. Even if it seems to you that there is nothing terrible in this, then believe me, one ridiculous accident can cost lives for your children. Combining a balcony with a room: a transitional loggia and a design of combining, joining combine and redevelopment 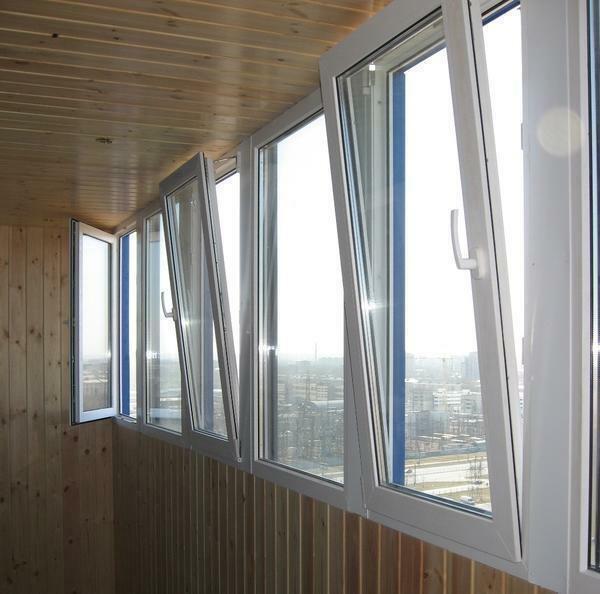 The windows on the balcony are sweating, what to do: why sweat the loggias, plastic glasses 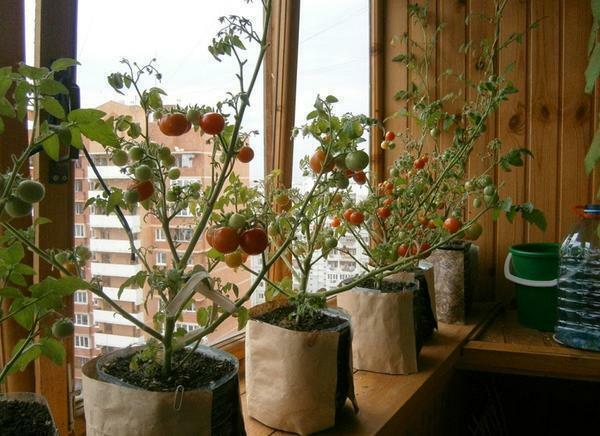 Garden on the balcony: growing vegetables with their own hands for beginners, how to plant and grow, give