What can be planted in a greenhouse with cucumbers: how to plant a watermelon and pepper, the neighborhood of cabbage with zucchini, what to plant next 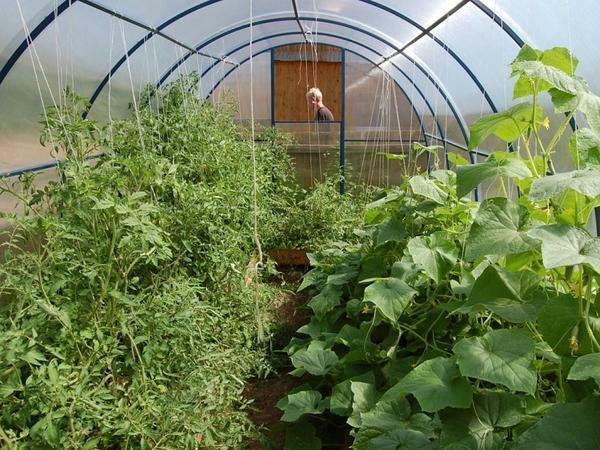 Some plants get along well in a greenhouse to provide early and rich harvest On small plots is not always possible to build immediately a few greenhouses, so you can put in a greenhouse a few crops, but only when it is necessary to observe certainPlanting rules. Since different plants can "conflict" with each other, and can on the contrary "be friends".

What can be planted in a greenhouse with cucumbers

When planting different vegetables used a greenhouse, it is necessary to properly combine the plants, such as cucumbers and any otherOther cultures. It is necessary to carefully study the conditions of cultivation of garden crops. So cucumbers love frequent watering with warm water, nitrogen-containing fertilizers, and a certain temperature regime. 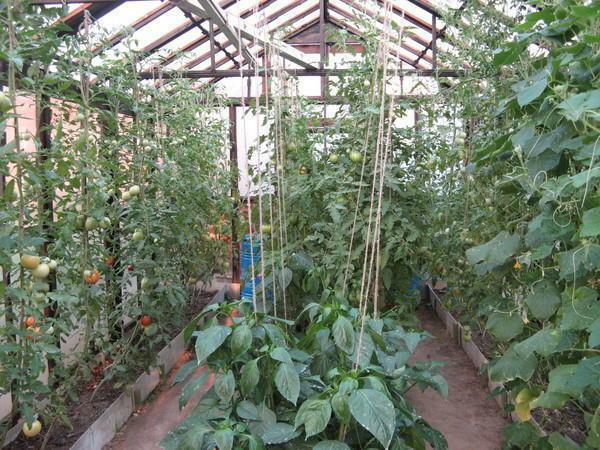 most often in a greenhouse coexist cucumbers and tomatoes

Such conditions are not suitable for all plants, but only a certain, for example, such as:

When plants of different species are planted, despite the similarity of their requirements, they should not be interrupted. Usually, cucumbers are planted in the middle of the greenhouse, and at the edges of other plants, and while planting plants so that some cultures do not obscure the others. Some people plant green cabbage and cabbage together with cucumbers, it is usually planted in a greenhouse in mid-April, with appropriate care, you can get the first harvest in early summer.

Watermelon and cucumber in a greenhouse: the conditions of joint growth for growing watermelons in a greenhouse is necessary to create a plant certain conditions :

As for the compatibility of two plants - watermelon and cucumbers, it is better not to plant them in a single greenhouse, since these are too different plants at the request of a microclimate and watering in a greenhouse. So, for example, if there is high humidity in the greenhouse, the watermelon will suffer from this, and, eventually, the plants may die. And cucumbers need the opposite high humidity.

But such a culture as melons can be fully combined with cucumbers, as melon likes the same climatic conditions as cucumbers and they can be grown in one heifer, but in different beds.

Or it can be grown on one, but the plants should be fenced off from each other by some kind of barrier, for example, a screen of film or a piece of polycarbonate.

Neighbors of cucumbers in the greenhouse 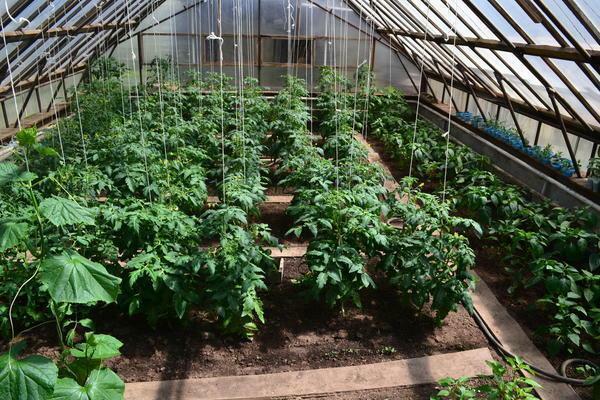 So, for example, in a greenhouse, with the cucumber, the following cultures can be planted:

You can certainly grow other cultures that seem incompatible with each other, for example, tomatoes and cucumbers. To ensure that such a neighborhood does not lead to the inhibition of one plant by another, it is necessary to fence part of the greenhouse with polycarbonate or pull the film onto the wooden frame. Due to what you can do in a greenhouse or a greenhouse several zones with its own microclimate. This is quite convenient, especially if the greenhouse or the greenhouse is large and its areas allow you to do so.

Cucumbers and cabbage in the greenhouse: care rules

Cabbage has been one of the most popular crops grown by truck farmers, traditionally grown in the open ground. But in order to get an early crop of cabbage, it is necessary to plant early ripening varieties, for example, not only the traditional white-bellied, but also the Beijing one. The first harvest can be collected in 30 to 40 days. Well, in order to minimize the risks of crop death from frosts and other unfavorable factors, cabbage can be grown in a greenhouse, and after it or together with it you can grow a cucumber. But for their joint cultivation, it is necessary to do the following :

It is important to engage in crop rotation during the growing of crops, within a year, no more than three crops can be grown on the same soil. The change of crops will prevent accumulation of harmful substances in the ground, but, nevertheless, it is best to disinfect the soil after each culture. You can avoid this rather laborious process if you divide a large greenhouse into several small sections. And in each section you can create a certain humidity and temperature, which will allow you to grow even mushrooms. But when growing cucumbers and mushrooms in a septum, small holes must be made at the top and bottom so that the carbon dioxide released by the fungi and the oxygen released by the plants circulate throughout the greenhouse.

The answer of the agronomist: what can be planted in a greenhouse with cucumbers( video)

Combining seemingly incompatible cultures in one greenhouse is entirely possible. The main thing is to observe certain conditions, and plant the plants according to a certain scheme. Where, how and with whom, has been described above. 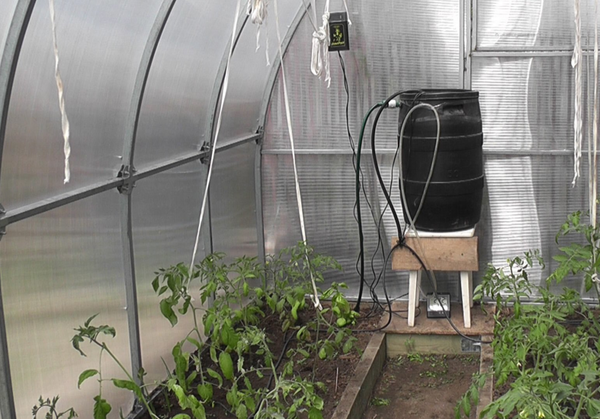 Drip irrigation of the greenhouse: from the barrel with their own hands, how to make the system, video and beetle device, photo 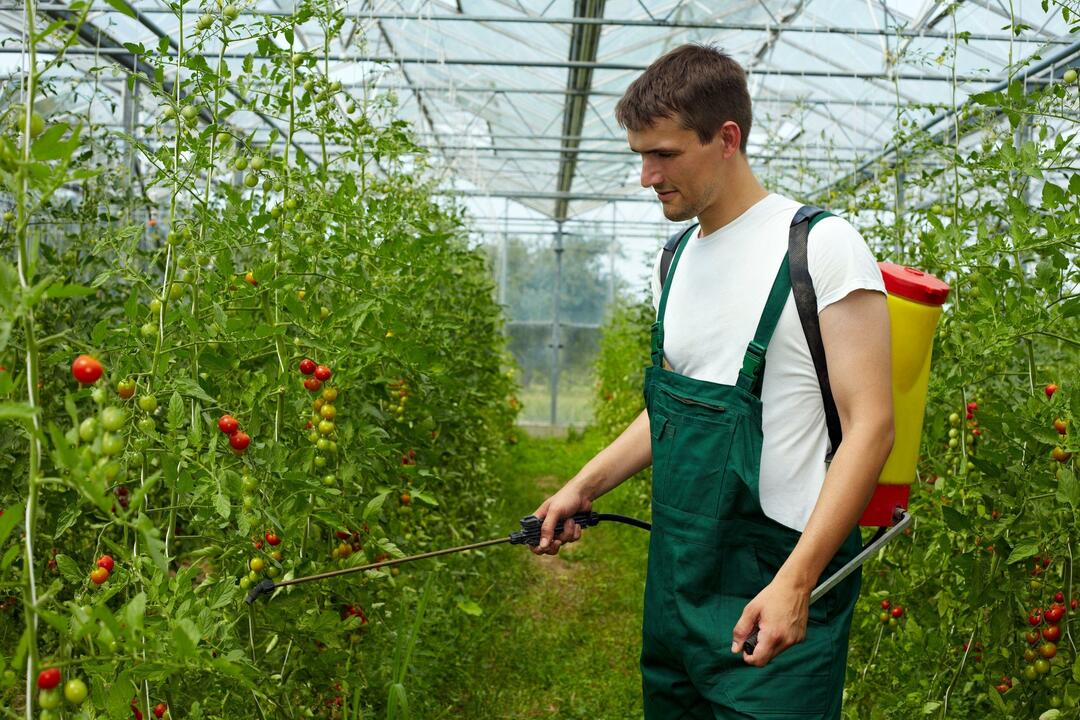 Tomato greenhouse treatment: how to process tomatoes and prepare the soil for winter, in the autumn before planting the land 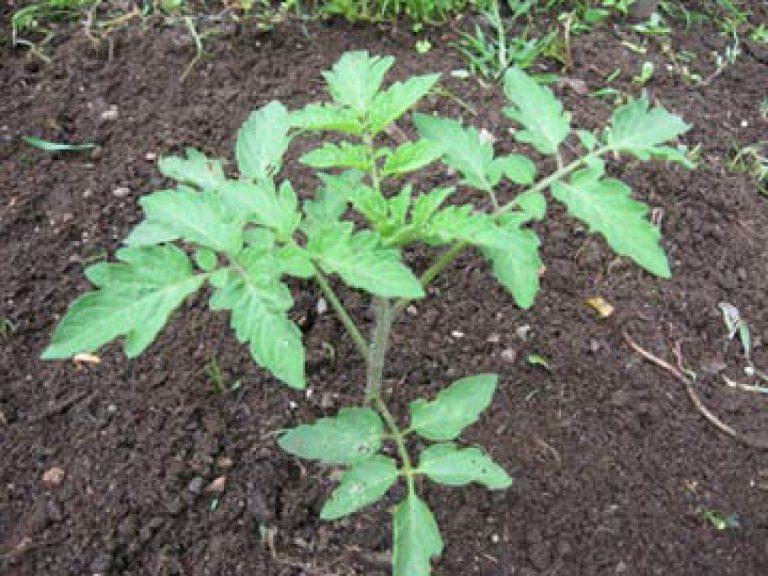 When to plant tomatoes in a greenhouse: how to plant and cut off, collect during fruiting, remove seedlings