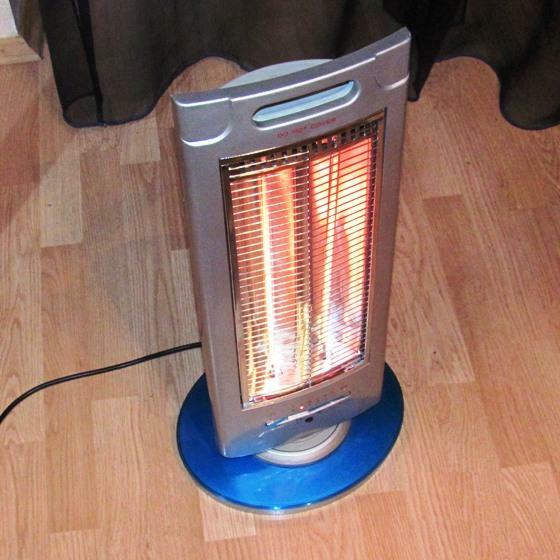 Carbon heater - a modern solution for space heating Carbon heater is a fairly new type of infrared heaters. Such heaters are considered to be the most economical and quite progressive for today. Also such a device is absolutely safe for a person, this is confirmed by numerous tests and long-term practice of using such heaters.

Carbon heater is a carbon fiber that is placed in a special quartz tube, insideIn which there is vacuum. Thanks to this design, such types of heaters do not overdry the atmosphere, saving oxygen, but despite this, there are certain drawbacks in this design.

Such heaters do not tolerate:

These heaters are also not designed for drying anything, so, for example, they do not dry underwear after washing and other damp things, as this may cause an emergency shutdown of the heater. If the infrared heater is installed too close to furniture or from any things, it can also overheat and an emergency shutdown occurs. Repeatedly it can be turned on only after cooling and eliminating the cause of overheating. 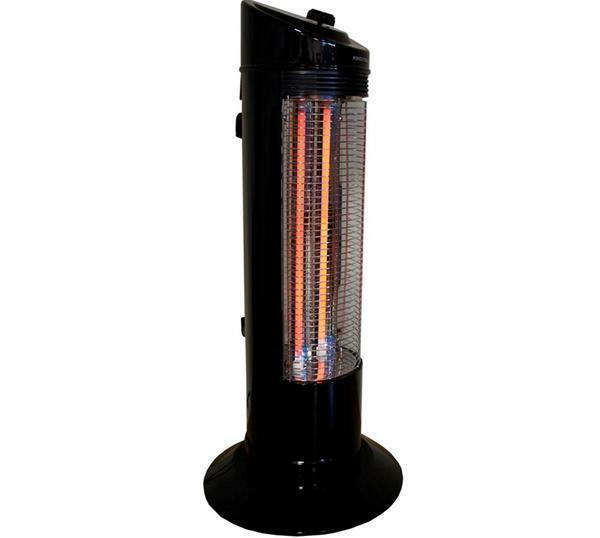 Carbon heater can not be overheated, otherwise it can quickly fail

Also, if there is an obstruction at a certain distance from the heater, then only it will be heated, and those objects to which radiation is directed, Will cease to be heated, and in the room temperature drop will begin.

When using a small heater, only a small part of the room will be heated, and objects that will subsequently emit heat are warmed unevenly. The heating of the room can be quite long, especially at large negative air temperatures. There is a lack of spare parts and, in the event of a breakdown, you have to send the entire heater to the service center, which is quite expensive and time-consuming for a long time. Also during the shipment, despite the quality packaging, after the repair, the heater may be damaged during transportation.

One of the newest achievements to maintain the optimum room temperature is an infrared carbon heater.

Heat transfer is performed by infrared radiation without heating the air. This design is capable of heating any objects to a certain depth. And they in turn radiate energy into space. Heating space, depending on the mode of operation, occurs quickly enough, you need to turn on the heater, and send it to any pieces of furniture or to the floor, as it heats them, and already from them the air in the room is heated. 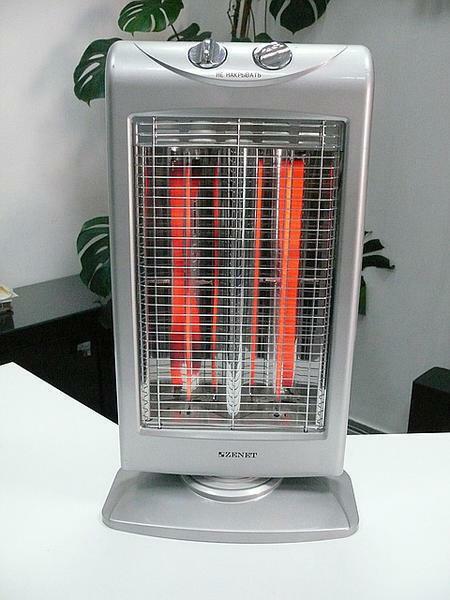 The carbone heater is capable of maintaining the optimum room temperature

There are automatic floor heaters with a built-in turn system, when switched on, the heater is rotated by an electric motor for a certain angle and back for more even heating of the room.

The energy consumption of such heaters is also quite low - for heating a room of about 10 m2, a heater with a consumption of 1000 W is sufficient. And for a room of 30 m2, a heater of 3000 W is sufficient. It is believed that the carbon heater to date for many rooms is the most optimal option, both for economy and for heating the room. And thanks to a variety of designs, floor, wall, portable and even ceiling, each person can choose for themselves the most optimal infrared heater. And certain modifications can be used even on the street to heat a small space, for example, an open gazebo.

Action of the carbone heating element

The carbon heater has been gaining popularity more and more in recent years, thanks to the cost-effectiveness of a simple design and a long service life. The design is a carbon fiber, which is enclosed in vacuum tubes. When electricity is passed through a carbon filament, heat radiation occurs.

Infrared rays reaching a surface penetrate to a depth of about 2-2.5 cm

In turn, the surface that receives heat radiates it to the surrounding space, heating the air in the room. Fire safety at altitude - when the heater overheats, the protection turns on, which turns off the unit. After cooling, the heater switches back on, in addition, many models come with a built-in thermostat, which allows you to control the operation of the entire heater. 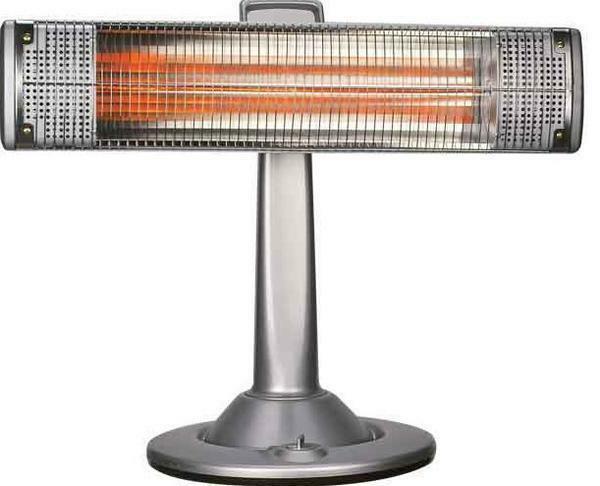 Some heaters can be equipped with remote controls, which is especially convenient, for example, for ceiling variations. In addition to heat, such heaters emit a soft reddish light, which in some ways resembles a shade of the fireplace, especially when the unit is turned on in the dark.

Carbon heaters are a relatively new type of infrared emitters, and these devices in the modern market are considered to be the most progressive and economical for premises. Some people are frightened by the phrases radiator and believe that such heaters are harmful, but in fact, such emitters emit only infrared rays, and they warm up surrounding objects. It is enough to place the heater on a wall, a floor or on a ceiling, to include a cord from the device in a network so that for rather short time to heat up all space of a premise.

Carbon heater has been around for a long time in the market, its main heating element is a carbon fiber or thread placed in a quartz tube from which air is pumped.

Carbon heating has a number of advantages

When passing through a thread of electric current, the carbon fiber begins to emit infrared rays, which in turn penetrate into surrounding objects, begin to heat them, and they give heat to the surrounding space.

A variety of carbon heaters can be considered lamp IR heaters, this design is a quartz tube with carbon inside, and in addition to the body can be installed a lamp, both conventional and special infrared, which also gives not only heat but also light in the room. Carbon infrared heaters are safe to use, practical, consume very little power. With accurate handling, they can serve and give heat for many years.

When will the heating in the Mines in 2015

When they give heating in Orel in 2015