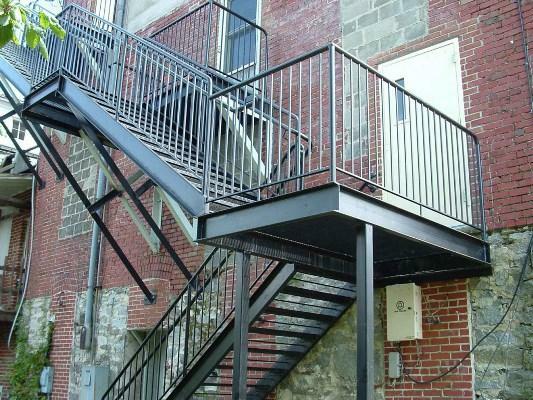 before using the fire escape, it is imperative to spend with her a number of tests Fire escapes often installed outside the building, and so that they have successfully carried out their functions within the dividing of time, they should be checked periodically andtest.

General requirements for the testing of fire Lestitz and regulations

There are certain guidelines that people must follow when conducting audits of external fire escapes. 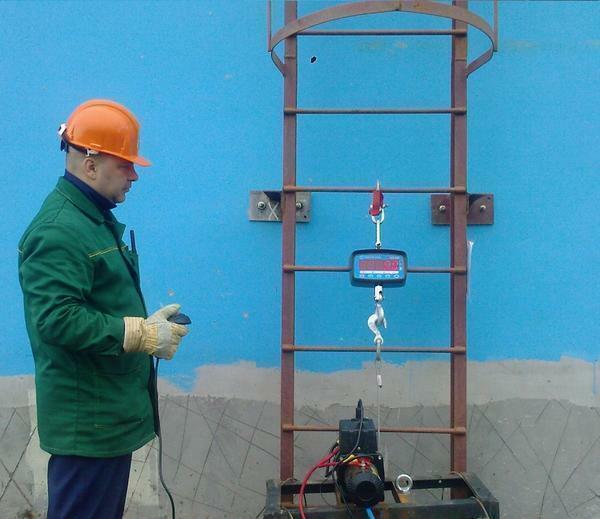 As a rule, the test of fire ladders carried out by experts on a specific procedure

certain methods of conducting such tests:

After removal of all loads, the entire staircase is inspected, if during the inspection deformations of the structure or partial destruction of the staircase elements are detected, such a ladder is not allowed for further operation, what the act is about, the unsuitable use of this structure.

If the ladder is completely in order after the load is removed, a protocol is made about its suitability for further operation.

Sample of the fire staircase test certificate and

requirements After carrying out all necessary tests of the fire escape, if it meets all the requirements of GOST( for COSS) for similar structures, an act of performed work is performed on testing external fire stairs. 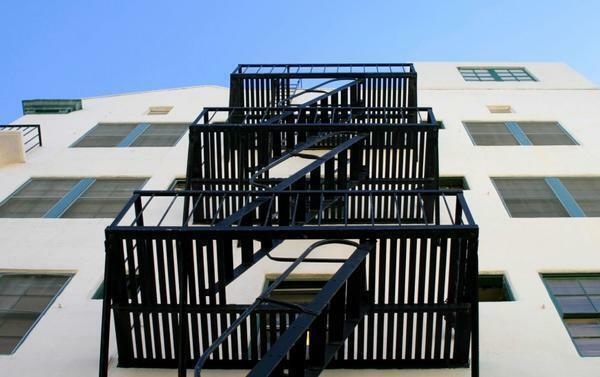 After the tests on the ladder, a special tag is placed in the required order, which confirms the good condition of the

. This document must contain the following items and must be completed:

At the end of such an act, the date of the inspection shall be put, the seal of the authorized organization that is entitled to carry out such checks and signature of the responsible person.

On the same ladder a tag is hung on which the inventory number of the object is indicated, the date of verification and the terms of the next tests. The same information is duplicated in a special journal that is stored in the organization or in the administration of the plant, factory, settlement, etc. Such a sample of the completion of the act will help to correctly compile this document by the person who conducted the audit.

In each building and structure, a height of more than 10 m, there must be fire escape ladders, both internal and external, as well as roof fences, which at any time of the year should be serviceable, Because the life and health of people depends on this, to check their health and normal functioning. Such tests, according to a government decree, should be held every 5 years, and visual inspection of the entire structure once a year.

Tests should be carried out by the relevant organizations, as, for testing, a license is needed. 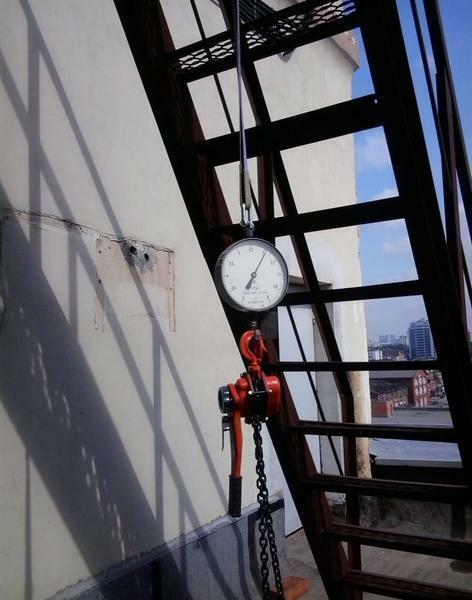 If you need to test a ladder, then it's best to ask the appropriate organizations for assistance.

There are certain requirements for testing and testing fire protection ladders:

All similar ladders must be made in accordance with GOST, this standard applies not only to metal fire ladders, including for marching and vertical, which are installed permanently, but also on otherTypes of fire stairs. This GOST also acts on the roof fencing, and establishes the order of testing, as well as the procedure for assessing the quality of stairs and roofing. 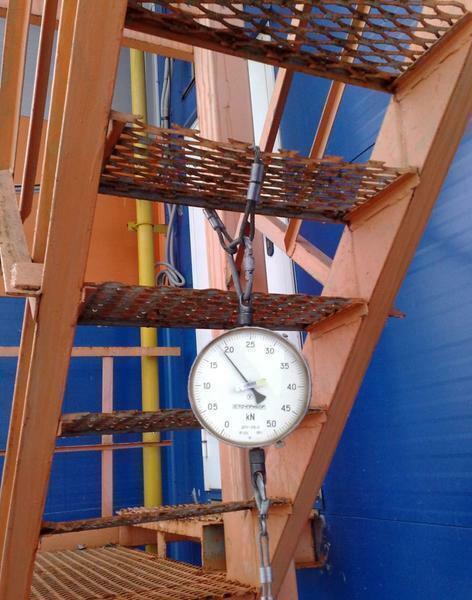 In addition, the ladder should be inspected for coating the structure with a special paint

The method of their implementation corresponds to a certain standard:

Also carried out inspection for a qualitative coverage of the stairs with special paint, and it is also possible to measure its thickness using special means. In the course of such verification, the suitability of the ladder for further operation is revealed.

The periodicity of checking the stairs is also regulated by GOST, visual control of the stairs should be carried out at least once a year, and with the use of equipment - every 5 years.

Timing and periodicity of testing firefighting stairs in departments

Fire stairs research should normally be conducted by the relevant departments, but these tests and private organizations that have all the necessary documents can carry out the research. 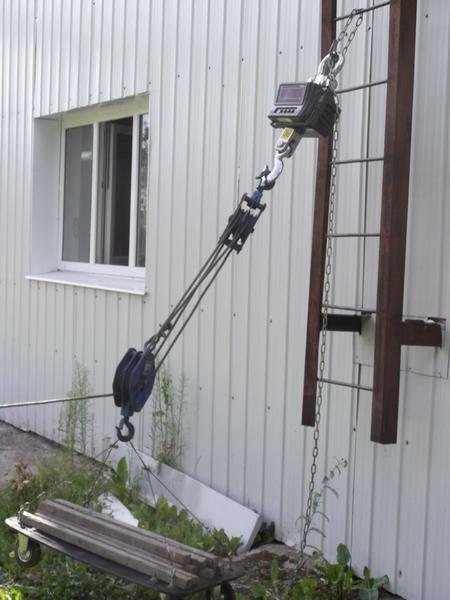 How to test the fire escape( video)

In addition to stationary fire stairs, there are stairs and others. Thus, the tests of the assault ladder, as well as the pull-out three-knee, should be checked once a year. Also, once a year, various other portable structures that serve the firefighters' work are subject to verification, for example, such types of stairs as OKPD, NBC, etc. When checking this type of stairs, a special installation is used, which allows to give a certain load on the entire structure of the staircase. 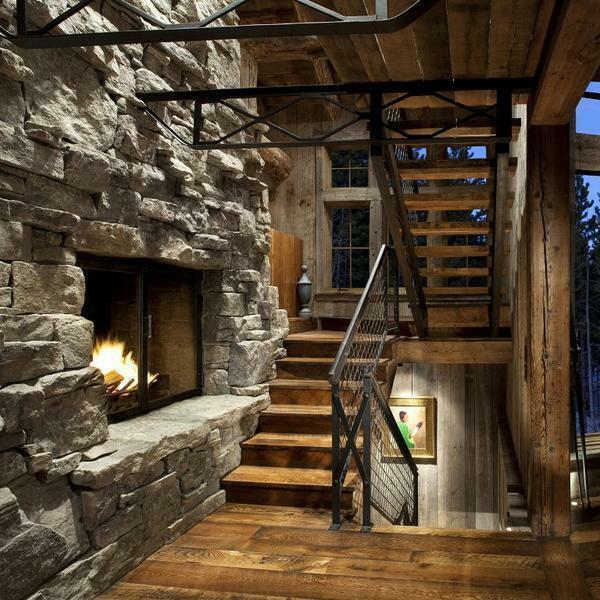 Styles of wooden stairs: Loft and Provence, Scandinavian and classical on the second floor, photo in the interior 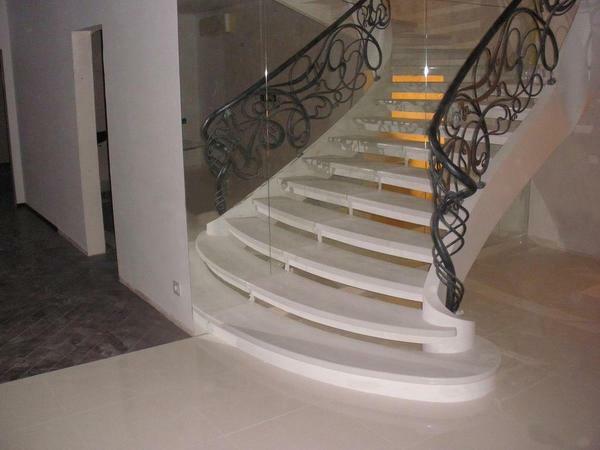 Stairs made of stone: natural and artificial, stone steps, internal lining and finishing of metal 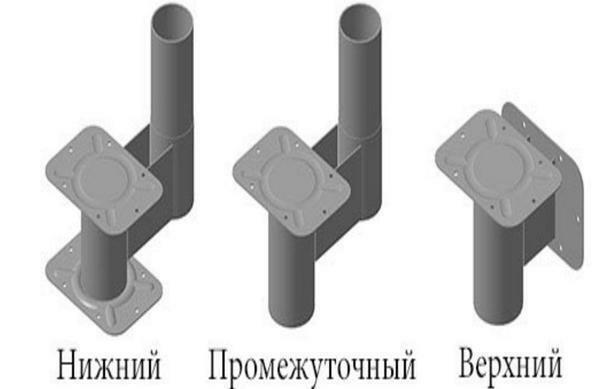 Modular staircase: photo of the teams on the second floor, L-shaped for a private house, installation of the stairs with your own hands