Ceiling with illumination placed around the perimeter, looks very impressive and harmonious The ceiling with illumination around the perimeter is a very original solution that looks much more attractive than just a ceiling without lighting. Such a design solution is simple and quite inexpensive. In addition, such a highlight can be done by yourself, with your own hands, without resorting to the help of a hired brigade, which, by the way, is quite expensive.

LEDs are usedIt is by no means accidental, since LED lighting is not just a fixture, but a very thought-out design solution that, together with the basic lighting, creates a harmonious light ensemble.

In our time of recurring crises, budget repairs have become a fashion, which, incidentally, are even more spectacular than expensive ones, with incomparably lower costs.

This simple design, like LED lighting, can be arranged, practically, by anyone.

Perhaps, it is worth considering one of the most common methods, where the LED tape is placed in a drywall box. 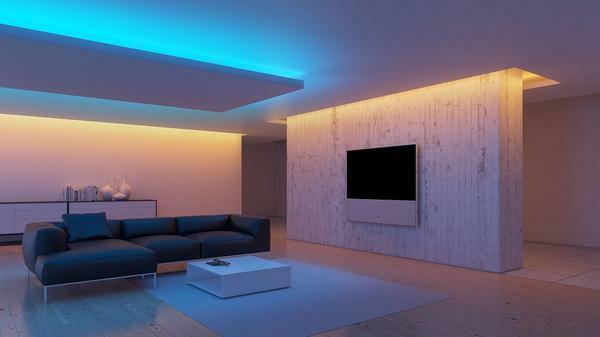 The installation of such a box, of course, requires some effort and effort in terms of installation. However, there are much simpler methods.

LED lighting around the perimeter of the ceiling: in the plinth made of foam

Alternatively, an LED strip is used, which is placed in a wide ceiling foam plinth manufactured with imitation of hand-made stucco. The plinth is fixed on the wall along its lower edge.

Between the ceiling and the baseboard, leave a gap of about 5-7 cm, and in the pocket formed and hides the LED tape. 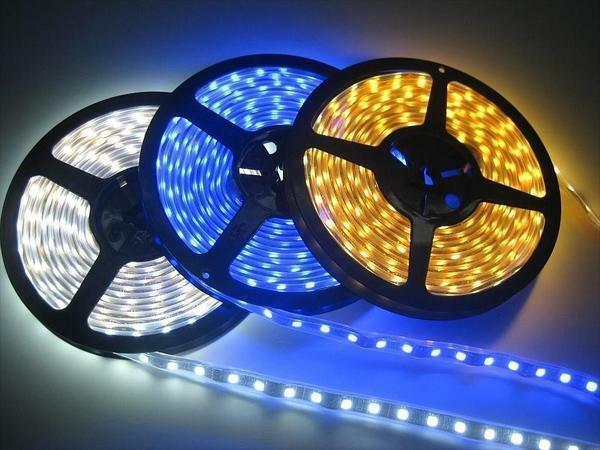 Thanks to these two qualities, the ceiling device with lighting is greatly simplified.

Materials for the LED backlight

Materials for the LED backlighting need not so much, and the materials themselves are inexpensive.

The LED strip is switched on by a separate switch.

It is not recommended to arrange the backlight in conjunction with the main light, where the inclusion is carried out by a single switch.

The backlight will lose all the effect, interrupted by the basic lighting.

It has already been mentioned that there are tapes that give out a multicolored backlight( RGB).In this case, in addition to the transformer, there is a need for a controller, so that you can control the brightness. The switching of light is carried out at the expense of the program. 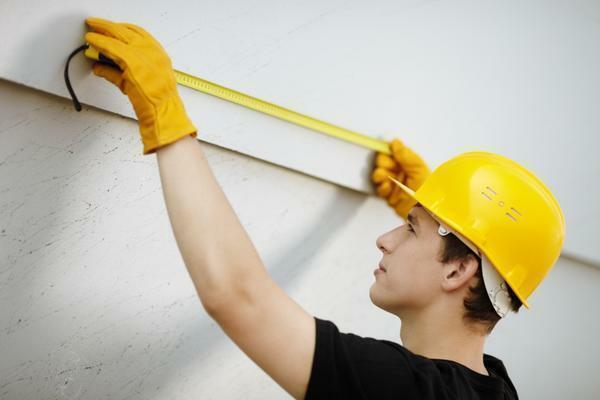 To determine the required length of the LED strip, it is necessary to measure the perimeter of the ceiling

Tapes can be different, both in terms of power and frequency of placement of LEDs on them. The most common tapes with a density of 30, 60 and 120 LEDs per running meter. The higher the density, the greater the brightness.

LED ceiling under the skirting boards

You can, of course, long rummage on the Internet, killing your time and doubting the correctness of your actions, or you can just make the right calculation in order to understand the benefits of this event.

In order to arrange everything correctly, you need the simplest knowledge, plus simple actions.

If the ceiling is multi-level, then the LED light is perfectly combined with a beautiful chandelier. By the way, the backlight can be performed not with a single tape, but with its fragments.

Correct connection and installation of

To ensure that the backlighting has turned out without blemishes and shortcomings, it is necessary to take into account some rules.

It happens that the power supply is sold without the power cord. Then you need to buy a cord.

After the tape has been obtained the correct size, you need to connect the transformer and controller.

Do not allow tape to overheat when brazing!You can not solder more than three coils in series - the tracks, in this case, do not withstand the load.

At all stages of work, the main principle is accuracy, caution and thoroughness. The radius of bending is not less than 2 cm. The paths can not be bent more than 90 °.

How to connect the LED ribbon RGB( video)

And in conclusion, the following should be noted. On the originality of the ceiling with LED backlighting is not worth mentioning, because it is already quite obvious. In addition, one of the advantages of this ceiling is the fact that the lighting installation is not something extraordinarily complex, requiring the intervention of narrow specialists with special training - you can do it yourself. The fact that such illumination can be arranged both on a gypsum cardboard ceiling and on a tension ceiling is also a good thing. In a word, having studied the articles on this subject, having looked through the photo and video materials, as follows, having thought over how it will look like, get the necessary materials, and rolled up the sleeves to get down to business.

ceiling with lighting on the perimeter( photo) 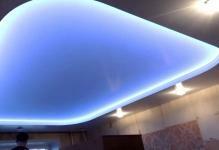 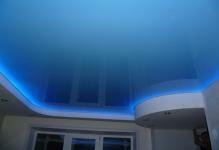 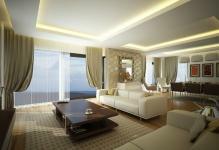 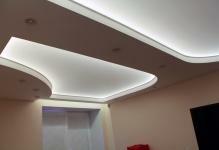 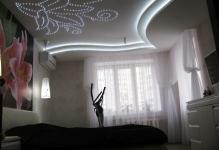 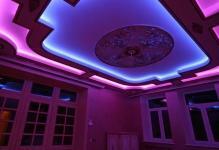 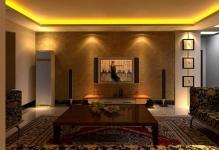 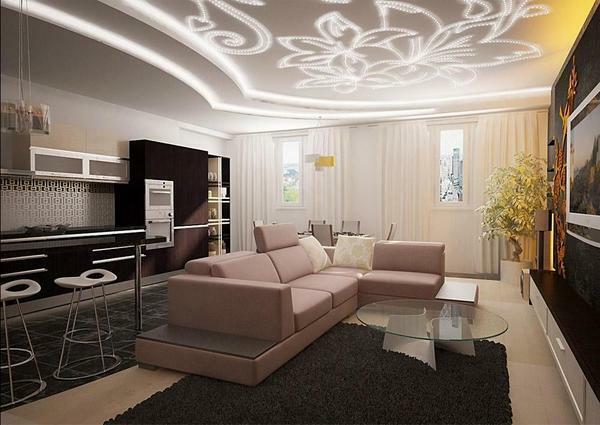 What is the best ceiling in an apartment: types and high-altitude standards, what options are there, what photos are in fashion, types of coverage and different solutions 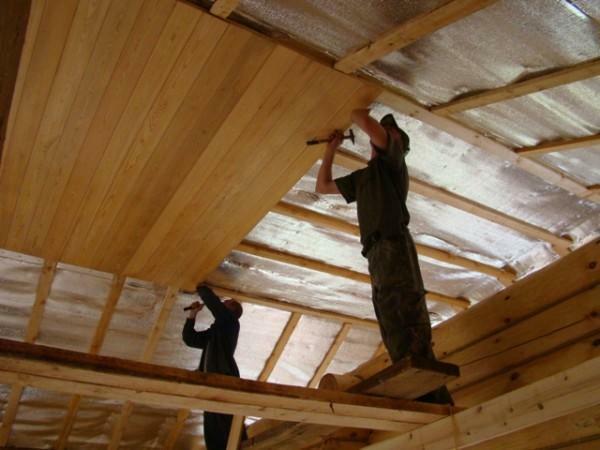 How to fasten the lining to the ceiling: with your own hands installation of plastic, how to nail correctly, installing a lining, video trim 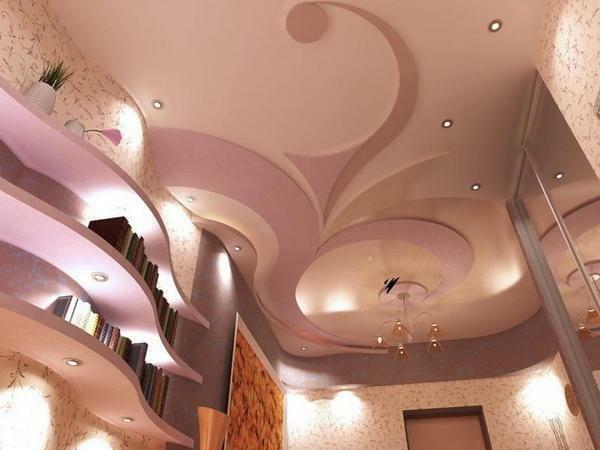