Heat carrier for the heating system of a country house: antifreeze and liquid that pour and what better to use 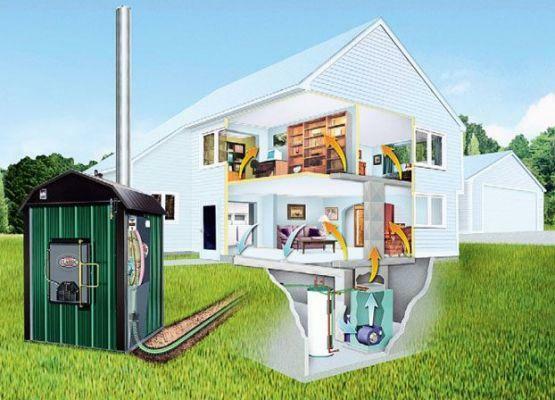 important element of a country house heating system is a heat transfer fluid Coolant - a key substance that carries heat from the boiler to a group of heaters. For today, there are three main types of coolant - air, water and antifreeze. Steam, today, is used only in autonomous systems of industrial enterprises. Each type of coolant has its advantages and disadvantages, on which depends the system efficiency, the terms of its operation, the need for maintenance. 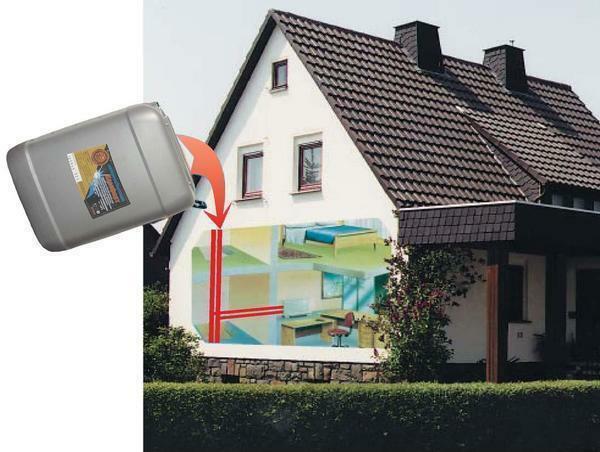 To fill the heating system should use a special coolant

determine the choice of coolant to follow these guidelines:

Thus, the water must be softened and purified. Ordinary water is rich in salts and oxygen. Therefore, in a system filled with ordinary water, corrosion and scale can soon form. You can soften water at home using chemical reagents or regular boiling.

What should be the heat transfer medium for heating

As mentioned above, the quality of the coolant depends on both the service life of the heating system components, health and tenants. In order to determine the choice of coolant, it is necessary to clearly outline the range of tasks with which the substance must cope, to identify its basic properties.

When selecting the coolant should take into account its quality, safety and features

So, to the coolant for autonomous heating put forward such claims:

The cost of the coolant is also important: it must be available so that it can be used in the system without replacement for a long time.

air as a heat carrier for heating

Air - is the most affordable, safe for human health and the coolant lines. Passing through the system air, as a rule, is thrown directly into the atmosphere, without contaminating it. Due to the mobility of the air, it is possible to warm up the room quickly enough. In addition, air heating can be used to dry any materials without worrying about their flammability.

The disadvantages of air as a substance for the transport of heat is its low heat transfer. 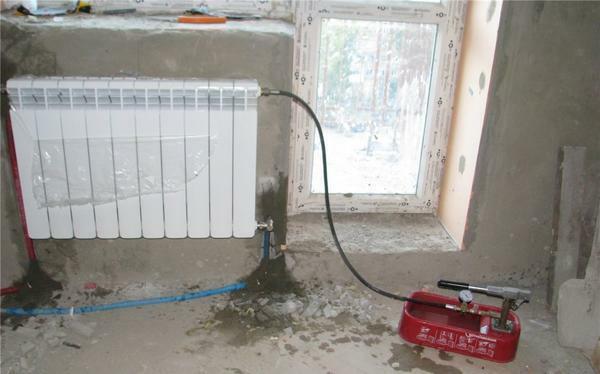 As the coolant can be air

Thus, research is determined that one cubic meter of air with a temperature of 45-50 degrees is able to allocate only 8-10 kcal of heat. This is several times less than what water can give. Therefore, in central heating systems, air is not used as a coolant. But for the heating of a small suburban or country house this coolant may well come up.

for heating liquid: water characteristics as the coolant

Water has long been the most common coolant. This is due, first of all, to its availability and high heat conductivity. 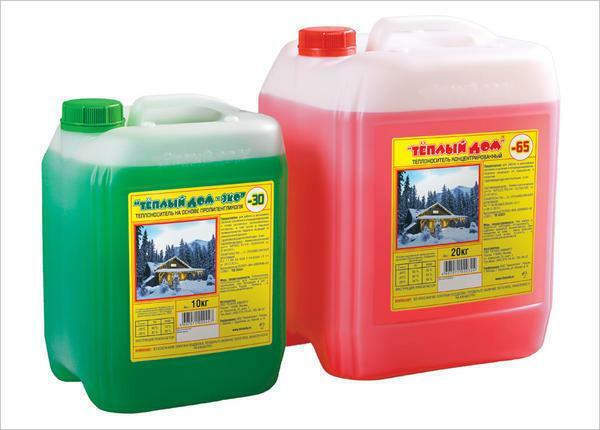 popular and sought after coolant is a special liquid for heating

In addition, from synthetic coolant water is characterized by its environmental friendliness: it is absolutely safe for humans, and it can be disposed of directly in the garden area. To replenish the volume of such a coolant, in case of a leak, it can almost immediately: fill the system with your own hands, topping up the water. Advantageously, water and low viscosity are distinguished: due to the rapid circulation of water, the room heats up faster. Therefore, this coolant is ideal for organizing a warm floor.

disadvantage of such coolant as water is that it expands upon heating, and during freezing.

Under subzero temperatures, water in pipes and aluminum radiators starts to freeze and expand, turning into ice. This can be fraught with a rupture of the pipeline, damage to the boiler, batteries. In addition, water is the main cause of corrosion and scale in the system. Therefore, in order to avoid premature failure of the heating system, a number of measures should be taken to filter and soften the liquid. The ideal choice as a coolant will be distilled water.

antifreeze for heating: the advantages and disadvantages

Antifreeze - is familiar to all car owners and motorists "nezamerzayku".The main advantage of such a coolant is that at low temperatures the antifreeze turns into a gel that can not harm the system. In addition, the additives that are added to the antifreeze make the coolant safe for the metal parts of the system.

As a rule, the non-freezing compound is designed for operation at extreme temperatures of -35 and -65 degrees Celsius.

Pour new substance into the pipeline every 5-10 years, which reduces the cost of maintaining the system in working order. 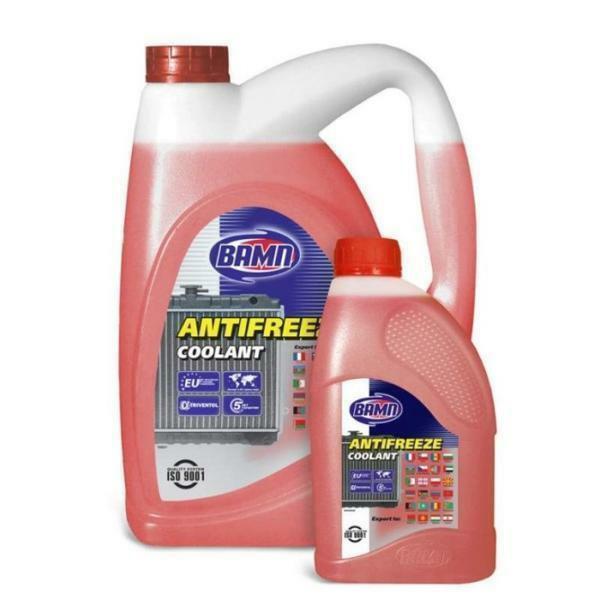 is not less popular for heating antifreeze

antifreeze The main drawbacks include:

In addition, most manufacturers prohibit filling their heating boilers with antifreeze.

At present, there are several types of anti-freeze, different physical and chemical properties. So, the antifreeze is isolated on the basis of alcohol or brine solutions, ethylene glycol and propylene glycol.

It is antifreeze on the basis of ethylene glycol it is prohibited to use in systems of open type and in double-circuit boilers.

The first ban is due to the fact that when heated antifreeze will evaporate, releasing harmful components into the air. In the second case, in the event of breakdowns or leaks in the system, ethylene glycol can get into the hot water circuit. Therefore, such antifreeze can be used only in single-circuit boilers of closed heating systems. In this case, you should choose a substance based on ethylene glycol colored in red: so, in which case, it will be easier to localize leaks. 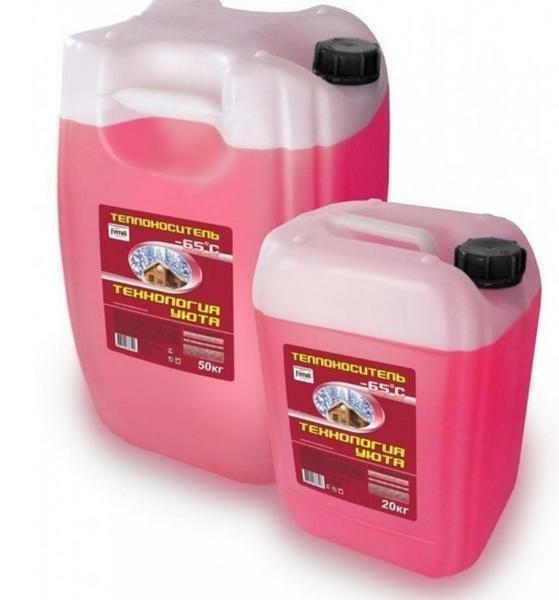 In stores, there are several types of anti-freeze, which should pick up, taking into account its characteristics and quality

safest antifreeze for use in autonomous heating systems is considered to be propylene glycol.

It is non-toxic, does not freeze and is not capable of significant harm to the pipeline and the elements of its connection. The disadvantages of this antifreeze is its low thermal conductivity( lower than that of ethylene glycol by 15%) and a fairly high cost.

At extreme operating temperatures( up to 180 ° C) in the system, a liquid antifreeze based on triethylene glycol should be used.

This antifreeze has a high thermal stability. The only condition is the matching of application nodes heating system stated temperatures. Do not recommend to fill in the heating system car antifreeze.

Coolant - is an important element of any heating system, which determines the rate and extent of heating, the life of the system, the health of residents. For today, the most popular coolants for heating systems are water and antifreeze. When selecting materials for the heat transfer, attention should be paid to its chemical-physical characteristics, the type of heating system, the amount of the boiler circuits. Choose the safest and most suitable option is possible, using the above tips. 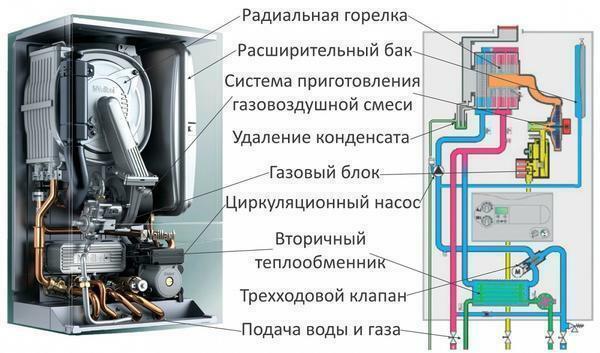 Two-circuit gas boiler: wall-mounted as well as what to choose, gas for heating a private house, the price of a suspension 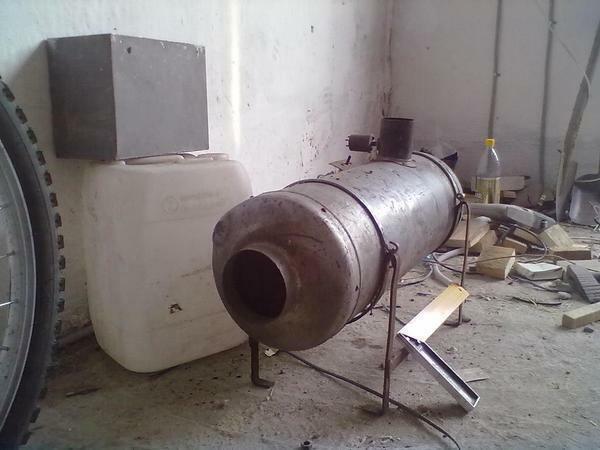 Heating the garage is the most economical way: heating in the winter is inexpensive, cheap and fast with your own hands, how to heat 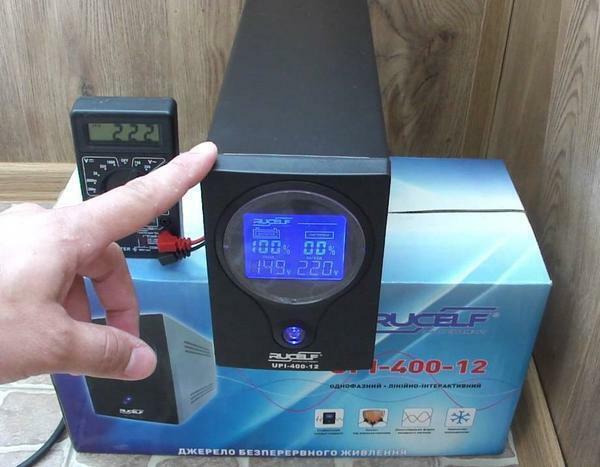 UPS for a gas boiler: an uninterruptible power supply and a power source for heating, an external battery, how to choose a UPS