Hydraulic strike in the pipeline: in the heating and water supply system, protection of the expansion joint in the apartment, how to avoid 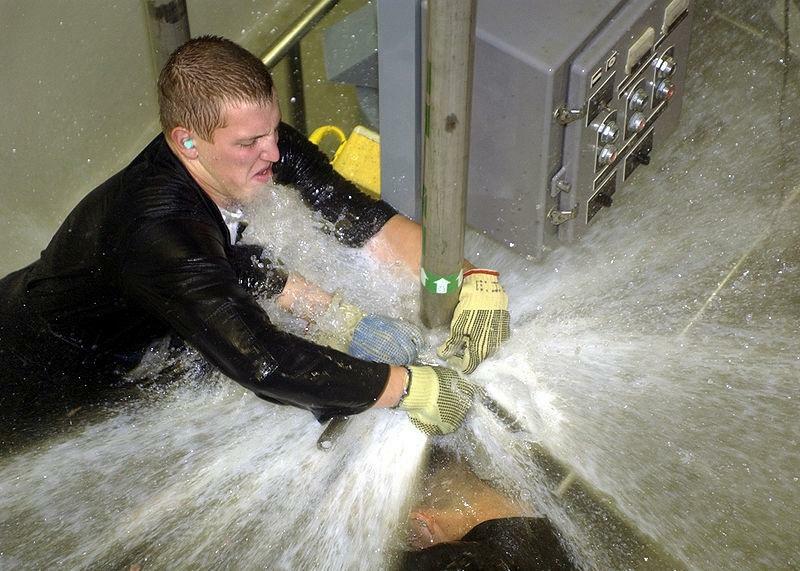 Hydraulic shock is a short, sharp and significant pressure jump in a system filled with liquid . It is very difficult not to notice such a communal disaster as a water hammer in a water pipe. It is accompanied by a click, noises, a knock in the pipe. And these incomprehensible sounds are heard by everyone, but they always take measures. But it's dangerous - the equipment is damaged, cracks are formed, the pipes split. Therefore, you need to do everything to avoid the impact, and also to modernize the equipment in time.

Causes of a hydrostatic failure in a heating system

Engineering communications in a private house system may not initially be designed correctly. If they hear a knock and clicks, then it is very likely that this is the same blow, a brief increase in pressure. It happens from the suddenly stopped movement of fluid along the contour and, conversely, from the sudden resumption of the movement of water. 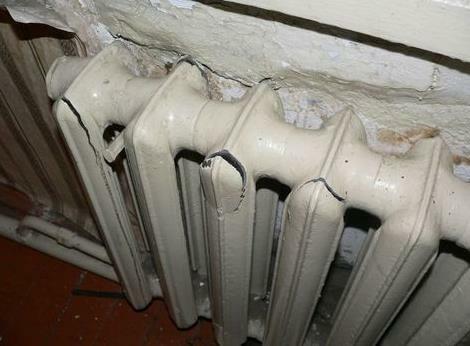 The fluid flow always moves with some speed, and here it encounters a certain obstacle. This is air or a shut-off valve. The speed of movement does not change immediately, but the volume is increasing very quickly. It turns out that the pressure increases, and 10 atmospheres are reached. There are also great indicators. And where to go to this "surplus"?So it turns out that the pipe nothing more can sometimes how to break.

Causes of a hydraulic hammer in the pipeline:

In the latter case, this can happen because of the rapid opening and closing of shut-off elements, valves, cranes and so on. And this happens more often, because the valve valves with the "old-fashioned" smooth running have almost replaced the ball devices, which are sharper, so to speak. In this regard, the efficiency of the valve valves is higher.

Consequences of a water hammer in the water supply system

If a barrier forms on the fluid flow, pressure is formed, it can grow, theoretically, infinitely. And the rigid elements, as it is easy to guess, are subjected to enormous loads. Because they are destroyed: either abruptly or gradually. That is, the most important consequence of such a blow is the destruction of the pipe. 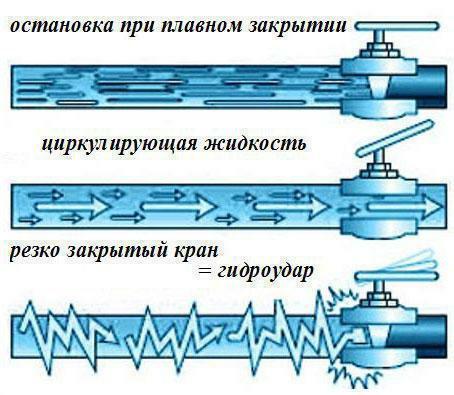 According to statistics, in 60% of cases the breakthrough of the water pipe in private houses is due to the hydraulic attack

The heat network equipment is being destroyed, the heating devices themselves are torn, the water supply and heat supply may be absent for a long time. The person himself risks getting a burn at the time of the accident. Finally, there may be a flooding of the apartment, its property, etc.

The most vulnerable, if a hydraulic shock occurs, are long pipes. The same warm floor, which today is arranged in both the frequent houses and in the dwellings of the apartment building. And to protect such a system, you should install a special thermostatic valve. Only let it be installed by competent specialists, this process is responsible.

Simple protection against a water hammer in an apartment

Everything that you can always do yourself - it's right to turn on and off the shut-off valves correctly. This applies to both apartments and houses, these are the rules of operation. No sudden movements, nothing that will be a "stress" for the system.

Why is smooth switching on / off important:

Always what is done manually, you can trust the automation. Well, almost always. The software also monitors the pressure state, which allows it to automatically adjust the head. And if you decide on a comprehensive upgrade of the system, you simply can not find a better solution. This is the optimal prevention of water hammer.

The concept of the hydraulic shock absorber, hydraulic accumulator, damper

The water hammer compensator is also called the damper. You can also find the name "hydraulic compensator", "hydroaccumulator".It is such a multifunctional absorber that can cope immediately with three tasks - accumulate liquid, take its excess from the system( thereby reducing the pressure in the system), and extinguish the shock if it is imminent. 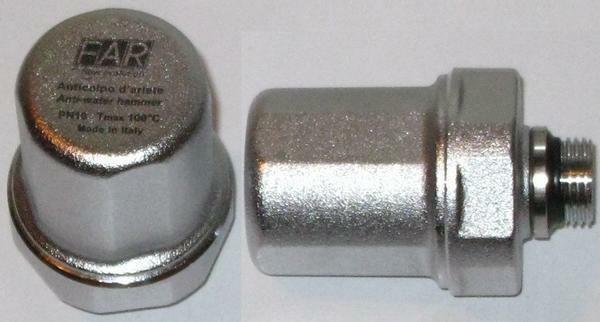 A system. The compensator looks like a steel sealed tank with an elastic membrane with a built-in air valve. It can be very small, or have quite impressive dimensions. We have it not in all apartments, and in many countries of Europe you simply will not be given a guarantee for household appliances, unless a hydraulic compensator is installed.

A special valve is used to protect the pump station. He "knows how" to quickly relieve the pressure, install it after the check valve next to the pump. It can safely be said that this is a reliable fuse of the system, as a result of which the hydrodynamic shock is not terrible.

How to detect a hydraulic shock in a pipeline( video)

For many hosts, the processes that occur in the boiler and pipes are dark wood. But sometimes it is worth exploring deeper into the simplest household processes, the mechanisms of the functioning of communications, so as not to become a victim of a communal accident.

Casing drilling as the main method of well equipment

Ventilation deflector with your own hands

Outer and inner diameter of pipes made of steel. Cold and hot rolling of steel pipes