Diseases of cucumbers in the greenhouse and their treatment: photos, white diseases, pest control, who eats, peronosporosis 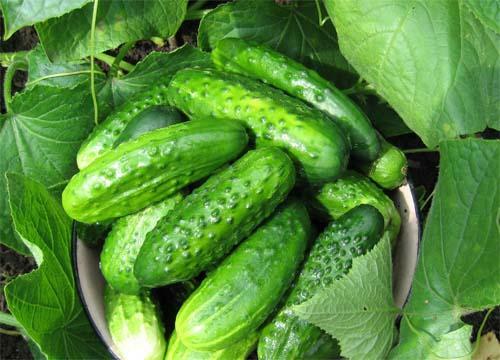 If you first decided to cultivate cucumbers in a greenhouse, then it is better to study in advance information about various plant diseases. Many people think that growing cucumbers in a greenhouse automatically protects them from diseases and pests, which affects their brethren in the open ground. But this is a great error. In this article we will consider the most known diseases and methods of treatment of plants.

Diseases of white cucumbers in the greenhouse

Causes of cucumber diseases in the greenhouse: 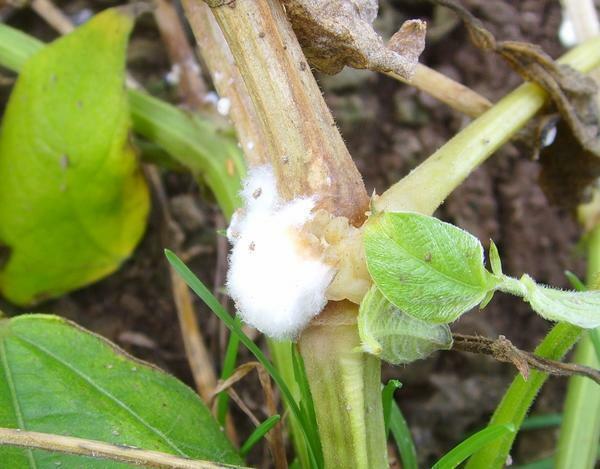 The most common fungal disease of cucumbers is white rot. Very insidious and dangerous disease. Symptoms manifest themselves as a lesion of the whole plant. Damaged stems, leaves, flowers, whiskers, fruits of the plant in the form of white plaque, which very quickly turns into white spots. Toxins, which are released from this mold, destroy the young growth of seedlings. And an adult plant, affected by white rot, itself becomes a dangerous source of disease for healthy neighboring plants of greenhouse crops. And the disease spreads throughout the hotbed very quickly.

The fruits of the cucumber become slippery and soft. And the whole plant is covered with a white coating, which quickly turns into mold, similar to white cotton. After a few days, the white moss turns black and the plants disappear. What is the reason for this disease?This is, first of all, lack of ventilation, large temperature changes inside the greenhouse, closely planted cucumbers on the garden bed and high humidity. Gray rot leads to the appearance on the leaves, especially at the base of the leaves and whiskers of gray unpleasant spots, which grow very much. After a few days, the gray spots turn black, and the plant also dies. The causes of the appearance of gray rot are the same as those of the previous cucumber disease.

What are the methods of treating these diseases cucumbers, which, by the way, these diseases bring the greatest damage to the yield of the greenhouse. After the appearance of these external signs of diseases, horticulturists must constantly monitor and at the first signs promptly take protective measures. It is, first of all, to adopt the rules of crop rotation, water cucumbers only in the early morning, constantly ventilate the greenhouse, thin out the planting of cucumbers.

The fight against gray or white rot is simple. Just remove all parts of the plant affected by rot, and sprinkle parts of the plant that remained powder, which consists of 1 tbsp. Ash and 1 tsp. Of copper sulphate. This mixture is sprinkled, and the earth and plant.

Occurring diseases of cucumbers in the greenhouse and their treatment

There is another very insidious disease that brings problems to beginner growers, this is the root or root rot. How does it manifest itself?The plant very quickly becomes sluggish, weak. Leaves wither and fall, mustaches, too, even with very good watering and when the plant is given good care. If you remove the soil from the root itself, you can see there that the stalk is covered with yellow and dark spots, and in some places cracks have already formed. After a week, the root of the plant rot, and the plant dies. Alas!It does not lend itself to any treatment. The best treatment is prevention, but for this it is necessary to know the causes that cause this fungus. 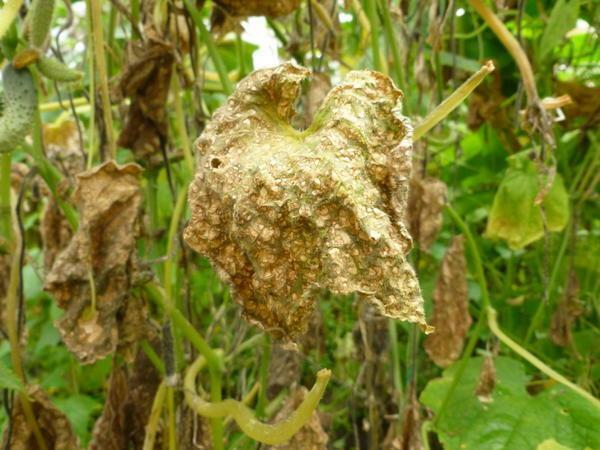 The cause of many cucumber diseases can be poorly contaminated soil

Reasons for the root rot:

How to deal with these problems?It is necessary, first of all, to buy good seeds, resistant varieties from proven producers, watering cucumbers with warm water and early in the morning, to ensure a constant airing of the greenhouse, to thin out the planting of cucumbers in the garden.

According to experts, radical rot is the most serious disease, and if the plants become ill, the plant is doomed.

You can, of course, pour wood ash, chalk or sand under the root. The best option is to protect the remaining plants. The plant that perishes or perishes, must be removed, together with the root and lump of soil and burned. And a solution of copper sulphate must be poured into the hole. In 9.5 liters of water, dissolve 2 tbsp. L.Of copper sulphate.

Removing pest of cucumbers in the greenhouse

Many beginning vegetable growers naively believe that there are no pests in the greenhouse. Alas, pests in the hotbeds feel great. Who are they?Who eats cucumbers when they are poured?This is a melon aphid or thrips. There is practically no difference between them. Melon aphids are small insects that are almost invisible to the eye. They damage leaves, shoots, flowers and there are many fruits.

Appears in yellow spots on leaves, the plant becomes sluggish and weak, and practically does not develop.

Insects are most often found on the inside of a sheet and therefore often do not notice them. The reason for their appearance is one - this is the ingress of weeds inside the greenhouse. Struggle against aphids is one - spraying leaves with solutions. Most likely, these are folk remedies, but they are effective. 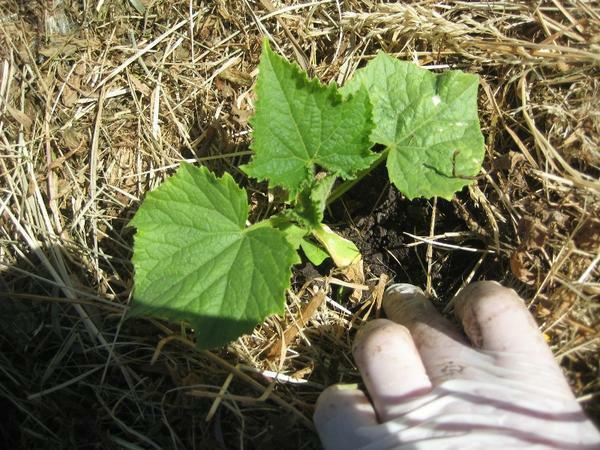 Many gardeners prefer to use folk remedies to eliminate cucumber pests in the greenhouse.

One of the popular recipes for insect control:

In hot water, infuse pepper and tobacco. Leave to stand for about 1 day. After filter, and add liquid soap and wood ash. Stir. Close all the windows and door in the greenhouse, sprinkle the lower leaves of the plant and leave the greenhouse for one hour. After digging the soil neatly to a depth of 3 cm. Such a treatment is necessary for a week. If this is not enough, then it is necessary to switch to chemical solutions, which are sold in specialized stores for gardeners.

Who Usually Eats Cucumbers in a Greenhouse

Sometimes on the beds we see the fallen greens of cucumbers. Why does it happen when growing fruit?There is another enemy of cucumbers in the form of a small butterfly, which is called the white-winged hothouse, a typical resident of greenhouses.

In order to protect cucumbers from pests, regular preventative measures should be carried out

Insects grow very well in greenhouses, they suck out the juice of leaves. Insects very quickly multiply and cause great harm to the crop. Folk recipes for the white-winged hothouse do not work, and therefore in the fight against it use only chemical solutions from the store.

What is peronosporosis of cucumbers in a greenhouse

Peronosporosis of cucumbers, still called - False mildew. Until the 1980s, it was unknown, and came to us from the Far East. Downy powdery mildew is perfectly transmitted in the humid and enclosed environment of the greenhouse, and is a very contagious disease. 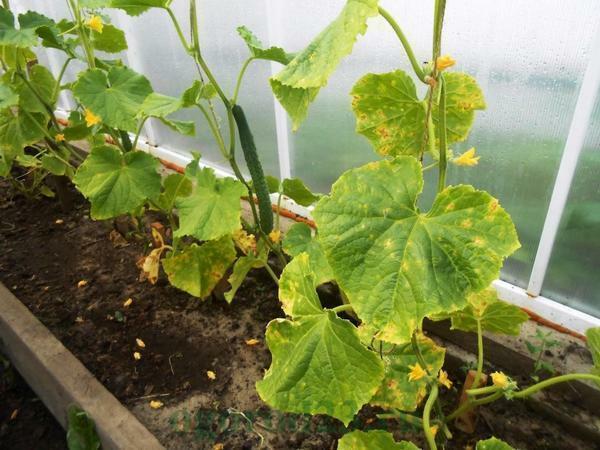 A fairly dangerous disease is peronosporoz cucumbers in the greenhouse

Such infection of plants in the greenhouse is manifested directly by the yellowing of the leaves, and on the reverse, a nondescript gray coating is often observed. The plants get sick at any time during the vegetative period.

Than powdery mildew on cucumbers in a greenhouse is dangerous

This disease is found everywhere. The leaves turn brown, the spots grow and the leaves die first, and then the entire plant. Many vegetable growers think that the plant lacks minerals. Start fertilizing the plant, but they still get sick, and if they bear fruit, the fruits are crooked, they grow up crooked. 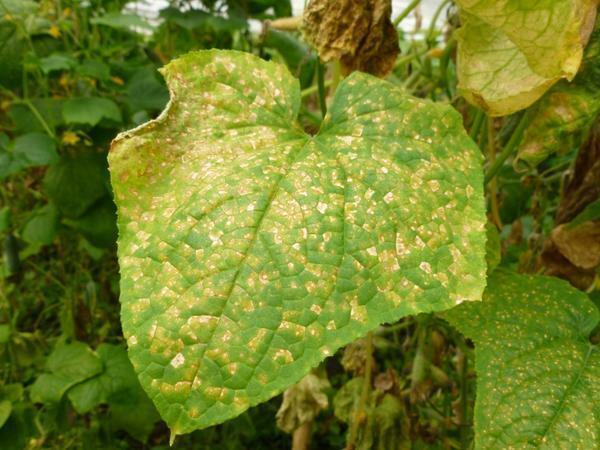 Generally, cucumber powdery mildew appears due to high humidity in the greenhouse

It is always necessary to change the planting of vegetables, because over time, many microorganisms and bacteria accumulate in the soil, which can cause various plant diseases.

This article, of course, introduced novice growers to the main diseases and pests of greenhouse cucumbers in polycarbonate greenhouses, but there are many more serious cucumber diseases in greenhouses. 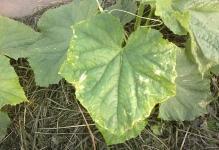 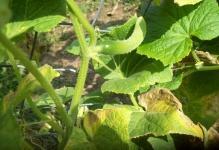 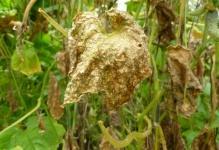 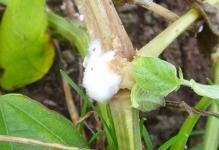 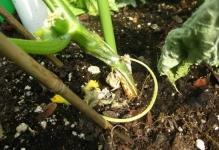 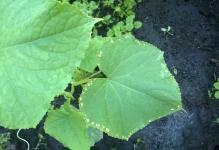 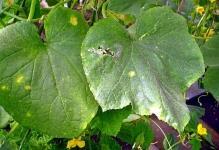 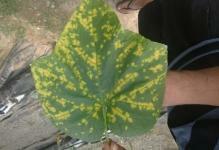 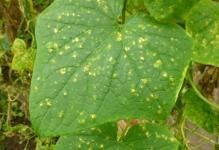 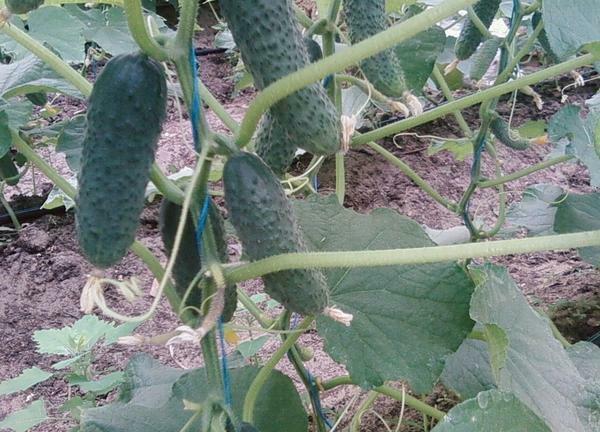 How to form cucumbers in the greenhouse video: caring for the bushes and the scheme is correct, the cucumber to form from polycarbonate 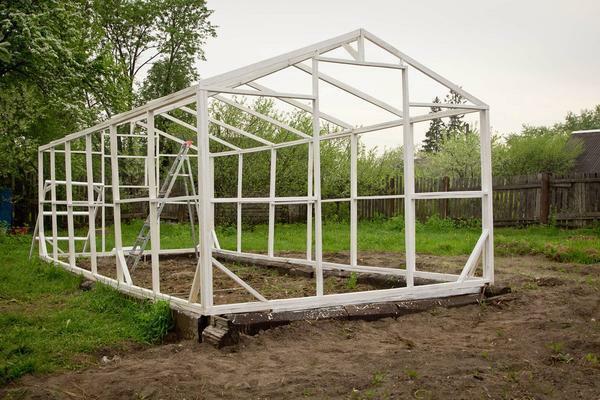 How to build a greenhouse: with their own hands construction, greenhouse complexes and greenhouses, Lurt building economy 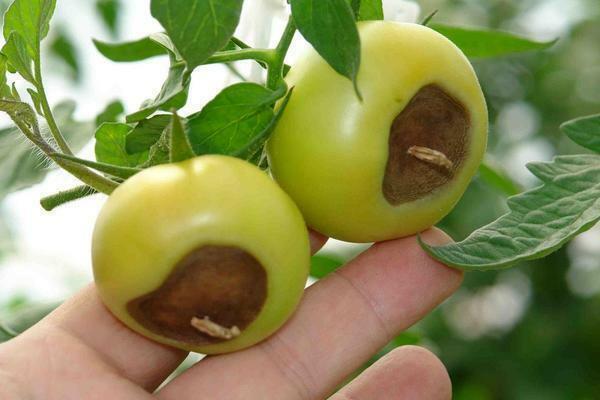