How to fix the thread when embroidering with a cross: in the end, as correctly in the beginning, videos and ways 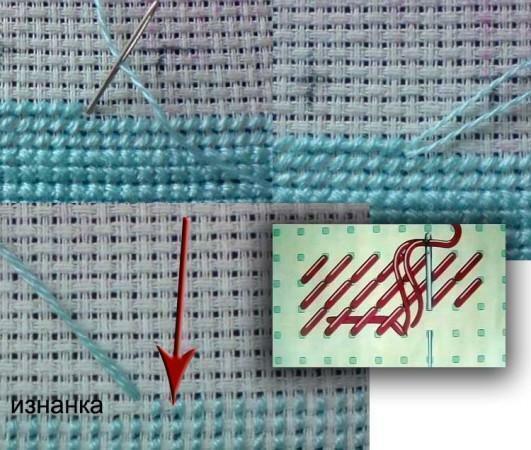 The ability to properly embroider a cross will allow you to decorate the old things and decorate the interior of the apartment Embroidering with a cross is a fun and time-consuming process. No wonder many people are deluded, believing that it is worth learning how to correctly read the diagrams, and then everything will go by itself. But there are so many nuances in embroidering, not one way to learn to really master the needlework.

It is essential to embroider the thread very carefully and, of course, firmly fasten inside the stitches. This is necessary in order for the embroidery to be as accurate as possible, it should be smooth, it should not have any tubercles, and, of course, when it is washed, it does not dissolve. Yes, and in the process of embroidering, the thread can cling to the nodules, which, of course, hinders.

If you embroider with an even number of threads, you will need the first method. For example, you have to embroider a picture in two strands. For this purpose, you need to take an ordinary cut of the thread, but its length should be twice that which you usually embroider. You fold it in half. 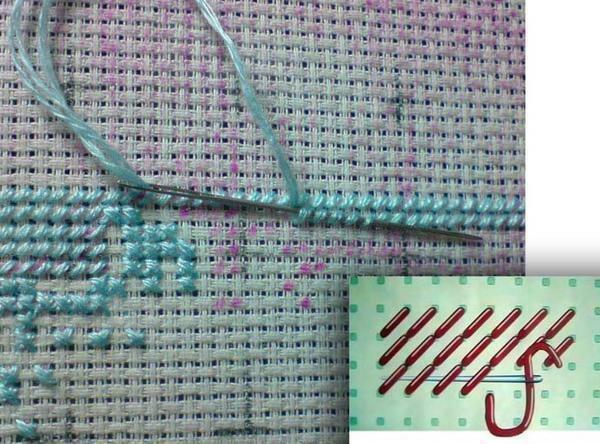 After this you insert a thread into the needle so that the ear has passed the cut ends, and the thread on the end was one-piece. It turns out that at the beginning of the embroidery you enter a needle from the wrong side, but do not need to pull the entire thread on the front side, hold the loop.

You have left to pull a needle next to the wrong side, and then insert it into the loop. Here you just need to tighten this loop, and continue to embroider the scheme. As you can see, nothing is difficult - so you can fix the thread in the first way.

Simple cross-stitching: fixing the yarn at the beginning

Let's say you are making an embroidery in one thread. This method is also suitable for fixing in the beginning with an odd number of threads. In that case, fixing the beginning will be harder. But still you need to fix the thread. 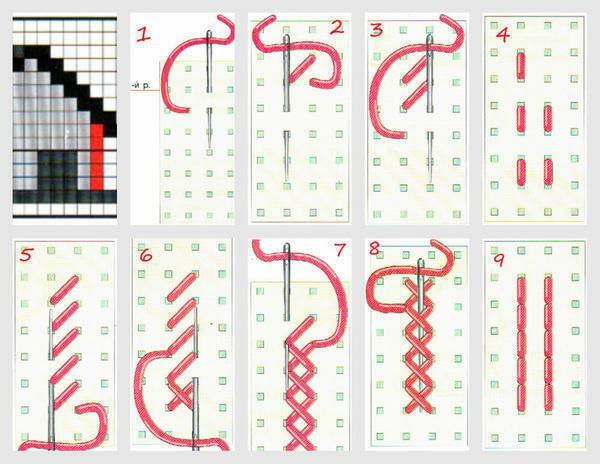 When embroidering with a cross, it is necessary to fix the thread correctly at the beginning, otherwise in the middle there may be a rupture of the thread.

So, the method is as follows:

Well, on the canvas the tip of the thread you need to stretch out under the vertical threads along one row of the canvas.

Rules for cross stitching: how to fix the thread at the end, the correct way

With qualitative embroidery, as you know, nodules on the wrong side should not be. The thread can be fixed in this way - from the inside, enter the canvas with a needle and thread, then tighten the thread, and on the back side leave the tip a half centimeter long. After that, holding it with your finger on the back side, proceed to the embroidery of the desired area. After that, the hoop is turned over, and the thread is threaded into the remaining thread, and this thread is carried out under the made stitches of the same color. 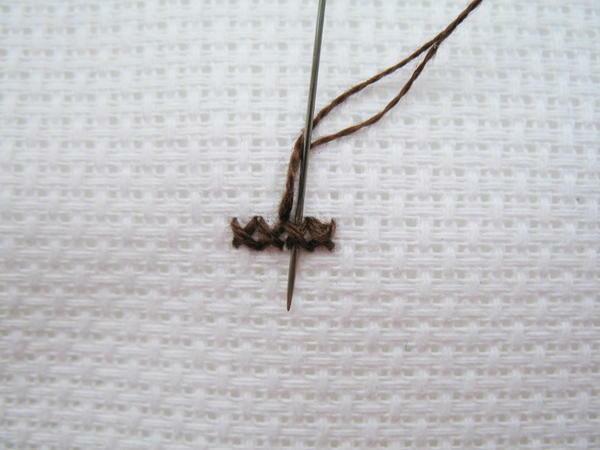 After completion of the picture, it is necessary to tie the thread accurately and tightly so as not to damage the embroidery

If the embroidery is erased often, then, of course, the most practical method is the loop. When the embroidery thread ends, the tip of it is most often hidden on the wrong side, under the stitches. Look at the video examples, and you will understand in which case which option is optimal.

How to fix a thread when cross-stitching( video)

There are a lot of ways, choose the one that is more convenient for you. Try it all, and figure out which one requires less force, or just what you can do very well.

Good luck in your work! 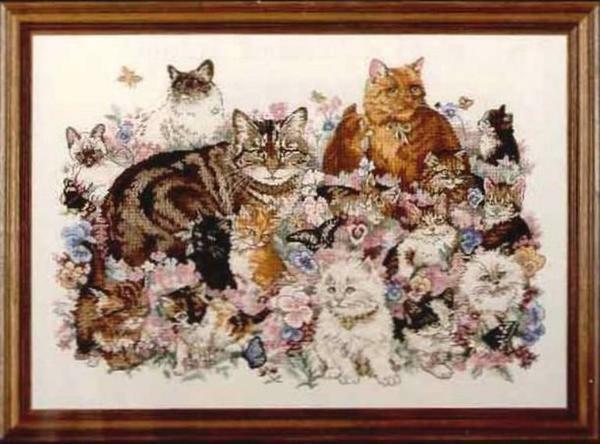 Cross-stitch embroidery of a cat scheme: seals for free, black and white and red on the roof, download sets, British 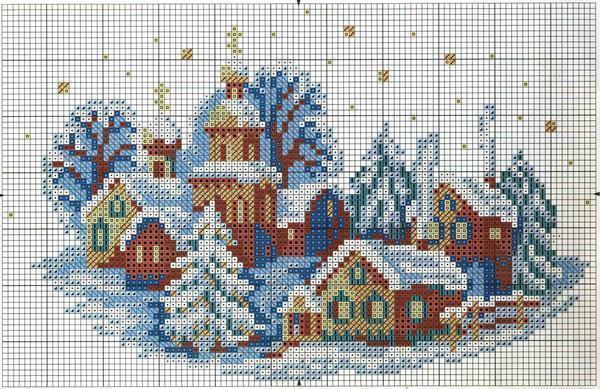