Single-pipe heating system: a scheme in a private house, as a single-circuit, vertical distribution 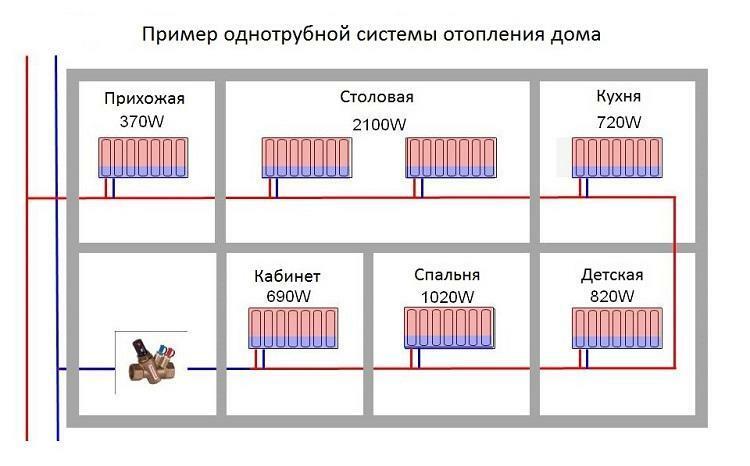 Single-pipe heating system is very popular today One of the main problems that, of course, you have to deal with when reconstructing, building or repairing a house is heating. This issue is given a lot of time and close attention. In private country houses, making heating, it is customary to install a water single-pipe system. Since it is easy to use and is more effective than others.

How is single-pipe heating: its features

In a private house it will be more efficient to install a single-tubeheating. As can be seen from the name, in this system the heat circulation from the boiler takes place along one pipe( main line), and it forms a ring. This closed ring begins with it and ends with it. To it also connect heating devices, which can be one after another or in parallel.

The main advantage of a single-pipe system is its very simple device. Simplicity of installation is very reliable and effective, and the price of this system is absolutely acceptable. And one more advantage is that such a system can easily be hidden and then it will not spoil the aesthetic look of the house.

The main component of such a heating system is the boiler. Fuel for it is natural gas. Another important element is the radiators. They are sources of heat. To date, bimetallic radiators are in demand. They heat the room much better and look more interesting than cast-iron batteries. To stabilize the pressure in the system, it is customary to install an expansion tank in which excess moisture can collect when heated. 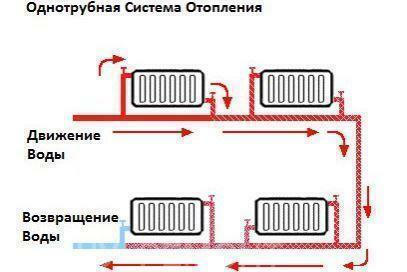 Features of the single-pipe system:

In many single-pipe systems, it is customary to install a circulation pump. Such a pump operates from electricity, it is able to create a stable operation of the entire highway, forcing the movement of the coolant through the pipes. To supply the coolant, Maevsky cranes are installed. The whole system is very durable and reliable.

Heating, whose system is single-pipe, has two types of wiring: vertical and horizontal. Vertical wiring is usually installed in two-story houses, where the radiators are obtained located one above the other. Its main advantage is that it is able to move the coolant naturally. But the horizontal wiring is found in single-story houses. Scheme of such wiring with a lower connection is mainly suited to the owners of houses, the area of ​​which is small.

In general, the scheme of single-tube heating is not complicated. It consists of the most important elements of the system: a boiler, risers and their spreaders, radiators, adjoining cranes, as well as a surge tank. With this scheme you can consider all the main details.

But the batteries themselves can be connected to the trunk in three main ways. Each of them has its advantages and disadvantages. Between themselves, they are completely different.

The lower connection, according to some reviews, is able to reduce heat dissipation of radiators, but at the same time they are practically invisible and it does not spoil the whole interior of the room. The most optimal solution will be if you connect the batteries on a diagonal circuit. Such a flow system will warm up the radiator entirely and completely, while radial heat transfer will increase. Therefore, it is best to connect the batteries from different sides.

Single-circuit or, as it is called, single-tube heating is usually used in houses whose area does not exceed 200m square. It is best to do such heating in the inter-house rooms, where the windows are the least, then the efficiency from it will be much higher.

The location of the pipelines depends on the accuracy of the layout. If the heating installation can be made independently, then the scheme is best entrusted to the specialists.

Calculation it is necessary to make not only the layout scheme, but also the amount of heat that the radiator will give. Such a calculation is called heat engineering. It is done in special, engineering services. Specialists will make competent and correct calculations, this, in turn, will facilitate the installation and will allow you to purchase the right amount of used material. Then you can manually install everything correctly. 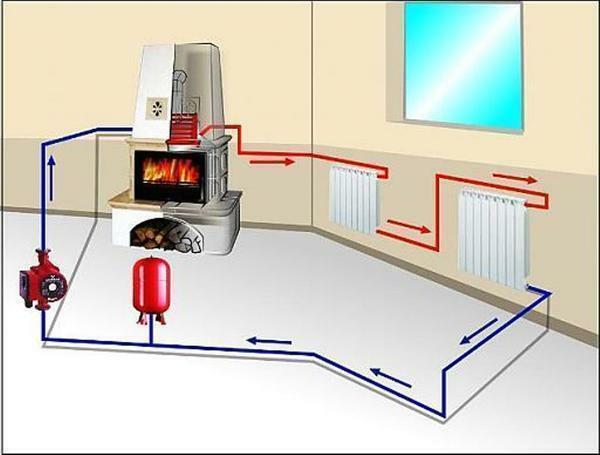 Serial installation of a single-circuit system:

When making a project for such heating, you need to focus your attention on the main line, it must be straight, without any turns. The efficiency of all heating, in another case, will greatly decrease.

Single-pipe heating system in a private house: its advantages

Today, many countryside private houses use single-pipe water heating. The scheme of this heating has the basic elements: boiler, radiators, pipes and of course the expansion tank. This system has significant advantages that distinguish it from other systems.

It is possible to note such advantages as: high heat transfer, pipes are suitable with an average diameter, and also excellent heat capacity. Such a water system, in the winter, in no case can not be left inactive. Because the main pipes can burst, and this will lead to the flooding of the premises.

This heating system is suitable only for houses with a small area. But to use it in other spheres will be irrational. But still such a system has its advantages, which makes it popular. 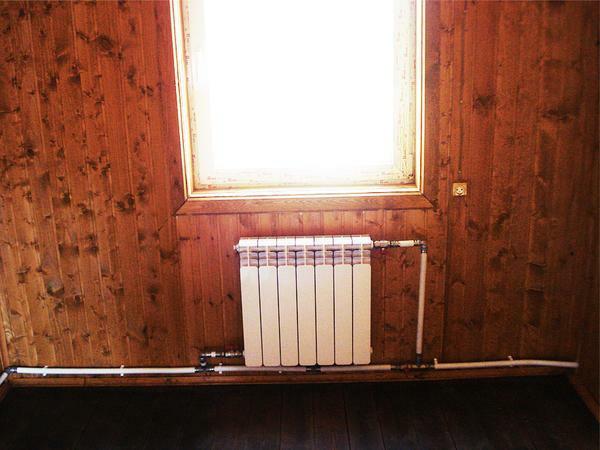 Advantages with a single-pipe system:

This heating system attracts very many with its small cost and ease of assembly. Has a system and drawbacks, one of them is of particular importance. And it consists that at breakage of one of heating devices the whole system suffers as well - it comes to an inoperative condition.

Heating of houses can be carried out by installing one of the types of heating in a dwelling: one-pipe or two-pipe. Whichever you choose, most importantly, it needs to be installed correctly and reliably, and for this you must make competent calculations. Then, properly installed heating will be very effective to heat in winter.

Physico-chemical properties of natural gas: identification and scope of application

Materials used for the manufacture of pipes for heating