Drain for the shower: overflow into the low pan, the device of the siphon, remove the water seal, change and disassemble the drain 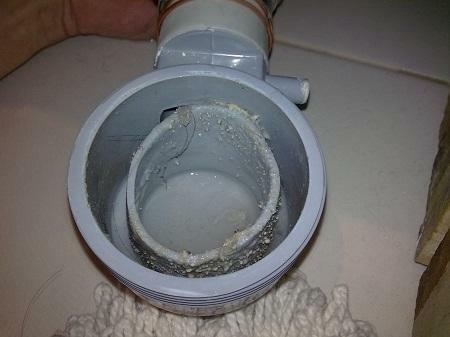 drain for the shower has a simple structure, so it is easy to install Compact shower today is not a rarity in apartments and private homes. Shower rooms have long been a great replacement for the bath, besides they are more economical to use.

How to choose a sink for the shower tray with low

There are times when bundled with a shower no trap, so fussAET need to purchase it separately. First of all, you need to know the diameter of the drain hole - according to their standards there are three types. Drain siphons with a size of 52 and 62 mm must be mounted so that they are always accessible and in case of blockage or leakage it is always convenient to solve the problem. A siphon with a diameter of 90 mm can be sewn on the floor, it is convenient to clean it from inside the booth. 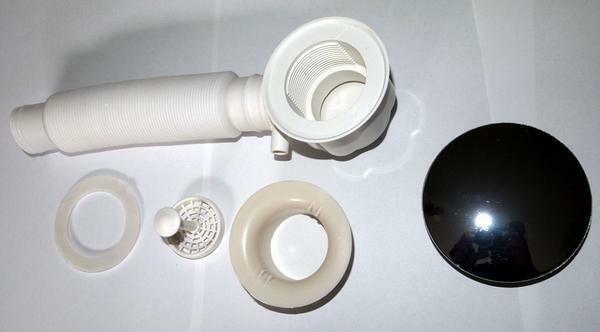 choose for draining the shower tray to be low, based on the distance from a pallet to a floor

When selecting siphon prerequisite is the height of the booth. The standard depth of the siphon is 80-200 mm, but you can find almost equal patterns.

When installing the siphon, the number of joints plays an important role, the smaller the number, the lower the probability of leakage.

By the mechanism of action siphons are:

For a low pallet, no overflow is required, but in the deep-seated side showers, the lateral overflow must be set so that the water collected in the pan does not pour out.

The device of the siphon for a shower cabin: types of drain pipes

Externally the sanitary siphon looks like a pipe bent at a certain angle. This bend is necessary so that a part of the water remains in it, which will prevent unpleasant sewage smells from entering the room.

The siphon is connected to all sanitary facilities - a toilet, a sink, a bathroom, a shower cubicle.

The design of the siphons is very simple, they consist directly of the drain pipe and the valve. There are several configurations of drain siphons, which differ in their design and use intricacies. 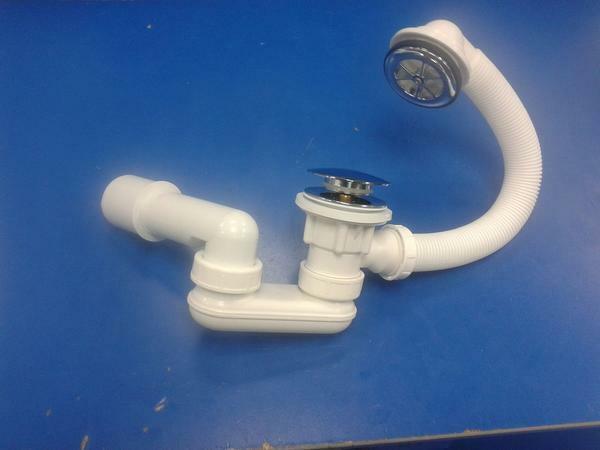 siphon shower can be purchased at any store that sells plumbing

Install a siphon is recommended after complete assembly and installation of booths on the ground. The shower tray can be mounted on a wooden box or on special blocks and only after determining the distance for draining, proceed to install the siphon.

How to install the drain for the shower tray

If desired, the pipes leading to the sewer can be sewn into a special box that can be easily disassembled if it becomes necessary to change the rubber seal at the joints or to clean the pipes.

The unpacked siphon must be checked for all its components and rubber interlayers for better sealing. All elements must be clean and free of any damage that could lead to malfunctioning of the drainage system.

Mounting the siphon for the shower tray: 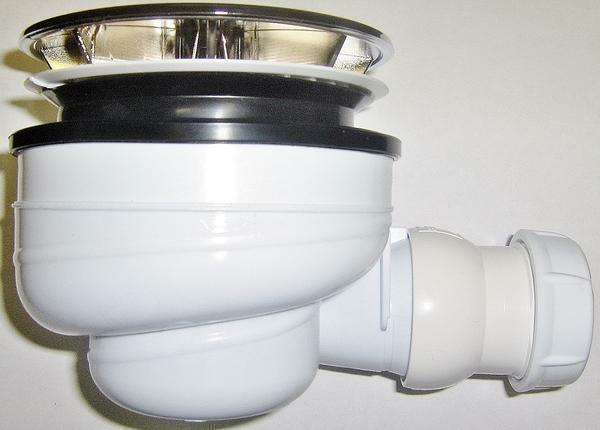 After installing the drainage of the shower cubicle, you need to check that the water does not drip.

After installing the drainage siphon, it is advisable to check that it is not leaking. Then you need to set the booth level, connect the water supply and enjoy the shower. Proper installation of a drain siphon affects the flow rate of water and the durability of equipment operation. After the siphon is out of order, it will not be difficult to remove and replace it.

Hydrant for shower enclosure: care of the siphon after installation of

Quite often, owners face the appearance of an unpleasant odor, looking for a shower from the sink. The cause of this can be a banal blockage or stagnant water in the knee. Depending on the type of siphon and the way it is connected to the sewer, you can choose a method for cleaning the shower drain.

An ordinary plastic siphon can be disposed of by clogging with a plunger or a metal cable.

Corrugated siphon can not be cleaned with a cable or vacuum can be used - the hose can be damaged.

Modern cleaning agents in the form of powders or gel can easily cope with even strong clogs. It is not recommended to use strong chemicals that can damage the plastic.

With a small blockage, a mixture of salt, vinegar and soda will cope, which must be poured into the sink, and after a certain time, rinse it with a good head of water.

The installation of a shower enclosure must be approached with all seriousness - special attention should be paid to the selection and installation of a siphon that drains the used water into the sewage system. Its integrity depends on the integrity of the entire shower design.

Pipes for drawing: types and installation

Characteristics and installation of pipes made of cross-linked polyethylene