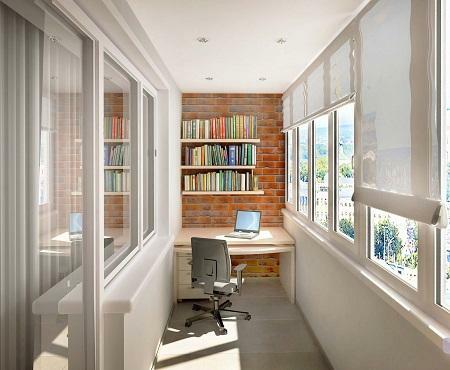 Logs and balconies have structural differences between each other The difference between the balcony and the loggia in the apartment needs to be realized, as it affects the cost of housing and the comfort of living conditions. To deal with this help SNIP, i.e. Building norms and rules, which give a clear definition of what a balcony is, and what a loggia is.

And what distinguishes the balcony from the loggia

Externally, the balcony and loggia in the new building have differences in size and in their location relative to the house. There is a difference in the reliability and possibilities of using these premises.

Only one side, which allows it to store heat more efficiently.

The loggia, compared to the balcony, is the safest room.

Due to the fact that it is part of the house built into it, it can be freely insulated, mounted and used for absolutely any purpose. In addition, for the device floor, you can safely fill it with a concrete screed. The loggia is most safe, functional and convenient to use.

Overall difference between the balcony and the loggia

The loggia differs from the balcony with the possibility to have a larger size, it is limited only by the size of the apartment. Loggia is not only straight, but also angular. Usually corner loggia has a large area in comparison with a straight line. It can be located in several rooms.

But, in rare cases, and a direct loggia can coexist with two rooms simultaneously.

This allows you to equip the loggia as a separate full room. The SNIP says that the depth of the corner loggia is limited by the requirements for the natural illumination of the room, which is adjacent to it. The size of the balcony is always small, since there are good reasons for its limited nature. 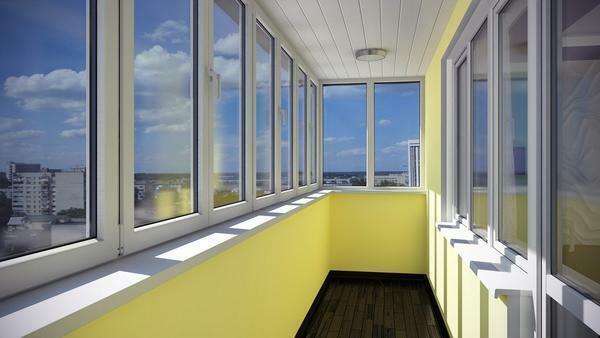 Reasons for the limited size of the balcony:

The structural difference of the balcony from the loggia

Every person who has a balcony or loggia, it is important to know how reliable the structures that make up his apartment. On the reliability of the balcony is inferior to the loggia. Balcony - a construction that is attached to the wall only from the entrance side, hence, the more massive it will be, the more likely it will collapse.

Do not overload the balcony with cumbersome things, since in time this will lead to its deformation and collapse.

Less material is needed for finishing the loggia

The following are the decisive factors in the arrangement of a balcony or a loggia:

The size and reliability of the balcony severely limit the possibility of creating an additional room there. In addition, the balcony does not hold heat well, since it has only one side adjacent to the apartment. Due to the fact that the other 3 parties are exposed to external conditions, it is not possible to make a room in which there is a lot of time, for example, a bedroom or a game room. Even if you glaze the balcony, then it is impossible to maintain a normal temperature there. But still, the balcony can really be used as an additional room, both in winter and in summer. Usually old things are stored on the balcony, but there are also more original ways of using this space.

In the winter on the balcony you can organize a pantry, where it is possible to store a variety of products. And if you insulate the floor on the balcony, you can create a winter garden, and grow vegetables and fruits there, even in the cold season.

In summer, an outdoor balcony can be arranged like a terrace. There can also be a garden. In addition to this, you can put comfortable furniture. As a result, in the summer time on the balcony you can spend your leisure time pleasantly: reading books, drawing, watching movies, doing needlework, etc. On the balcony it is also possible to organize a dressing room.

Designer differences of the balcony and the loggia

Unlike the balcony, the loggia has a huge number of options for its equipment - from the creation of the garden to its application as a banquet hall. Since the 3 walls of the loggia are adjacent to the room and are heated, when warming the wall that comes in contact with the outside environment, it is possible to create an absolutely warm room. This is a big plus of this design, as with the loggia provides more reliable protection of the apartment from the weather, as well as excellent additional noise insulation of the room. 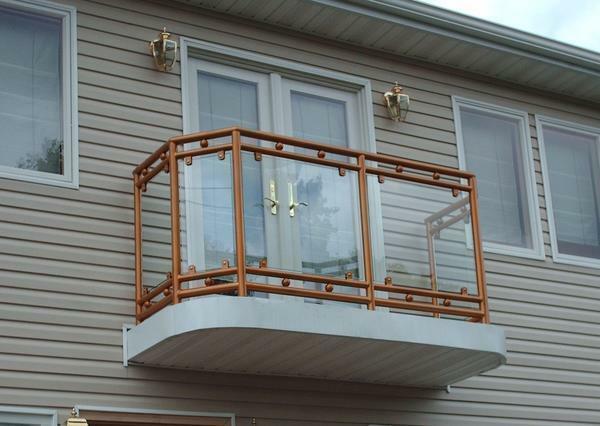 Options for arranging the loggia:

There are many other possibilities for using this room, it all depends on the imagination of the organizer of the space of this room. It is important to understand what is the difference between a balcony and a loggia, both for its security and convenience, and for commercial benefits when buying or selling an apartment.

So, according to the RF Housing Code, when buying or selling an apartment, you should indicate the lowering coefficients. For balconies, the reduction factor is 0.3, for loggias - 0.5.

Overview of the loggia and balcony: what is the difference( video)

In conclusion, it is worth noting that modern architects came up with a new type of construction, which is called a balcony-loggia. With this type of construction, the area of ​​the room is significantly enlarged, since it is as deep as a loggia and acts like a balcony for the perimeter of the building. Moreover, not only the size, but also the illumination of the room is increased. 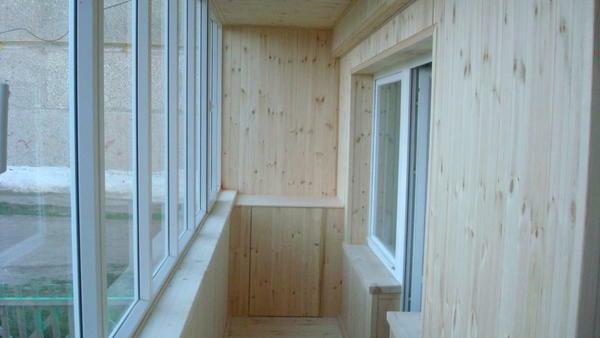 Sheathing of the balcony: finishing the loggia inside, photo and how to decorate, interior upholstery with her own hands, the better to trim 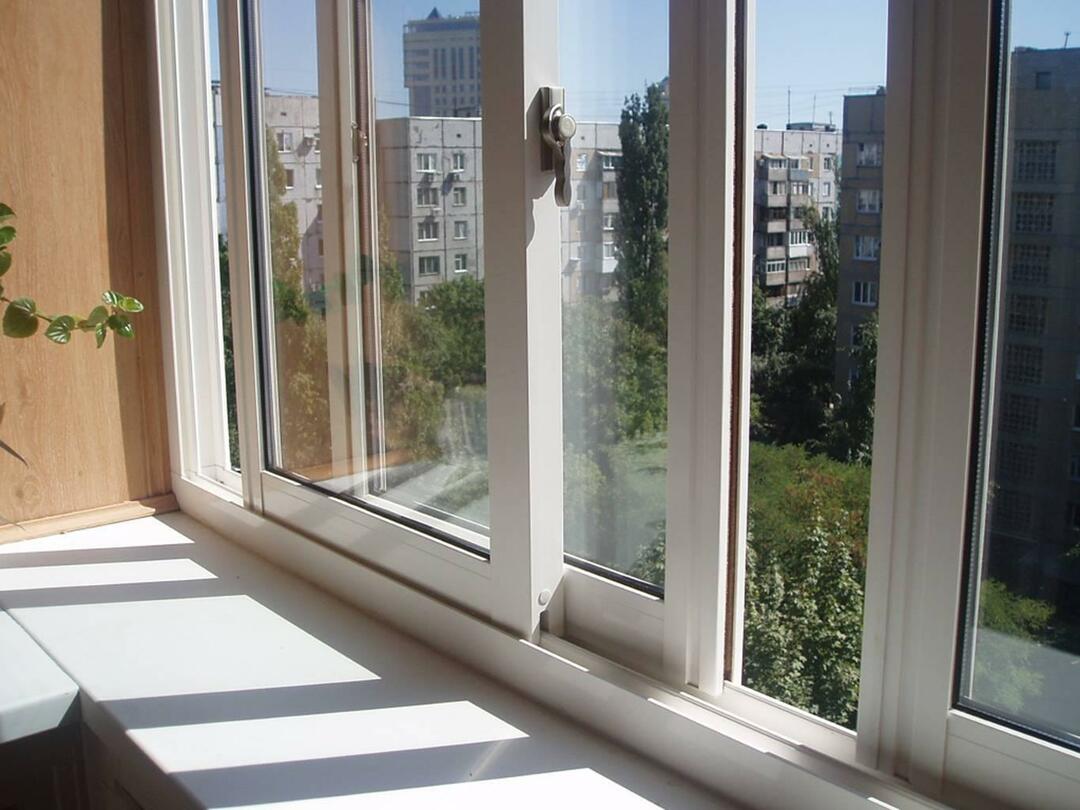 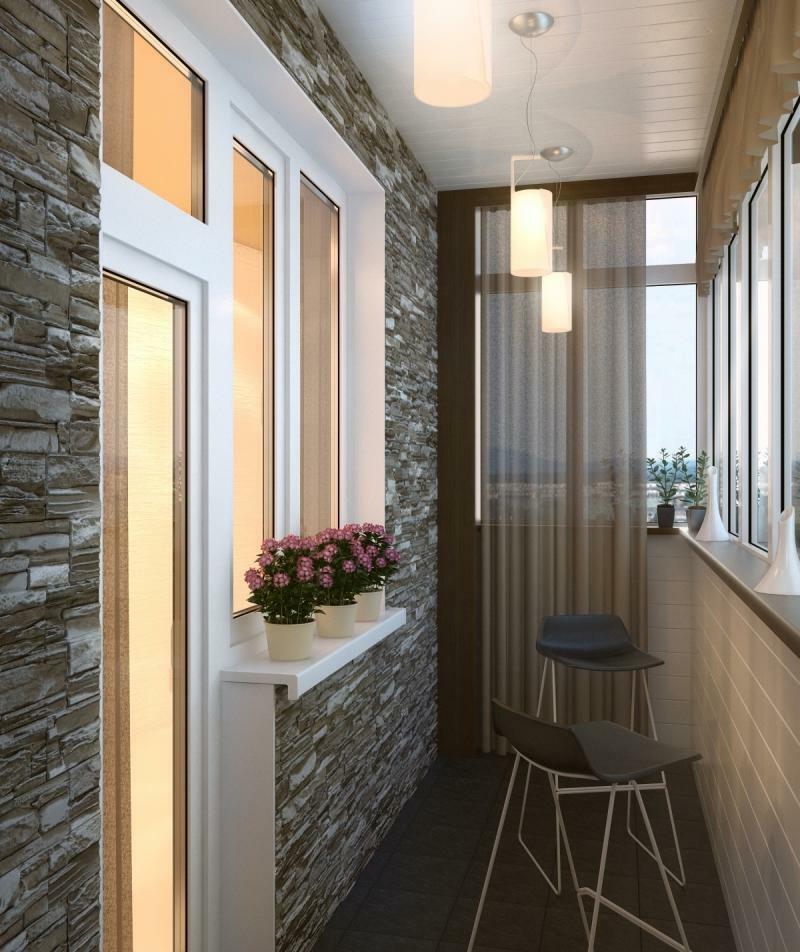 Interesting ideas for finishing the balcony in Khrushchev photo: interior design and design is small, the apartment is internal